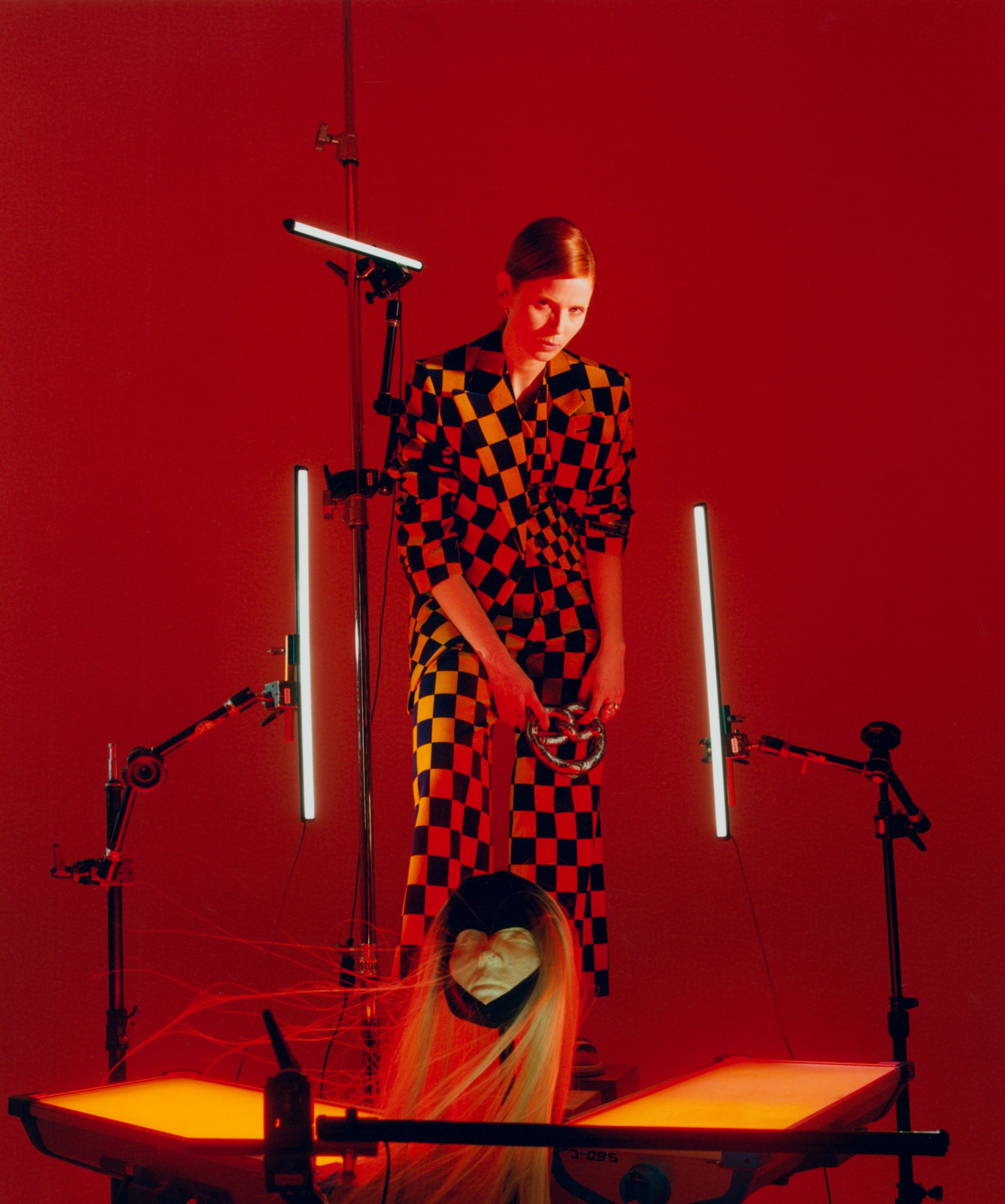 Manon Wertenbroeck is a young Swiss-Dutch visual artist whose work was exhibited in May 2022 at the Acacias Art Center for the first group show of Reiffers Art Initiatives, entitled “DES CORPS LIBRES – Une jeune scène française”. She systematically materializes the skin without giving it body, detached from its carnal support, constantly evoking the body without ever representing it directly. 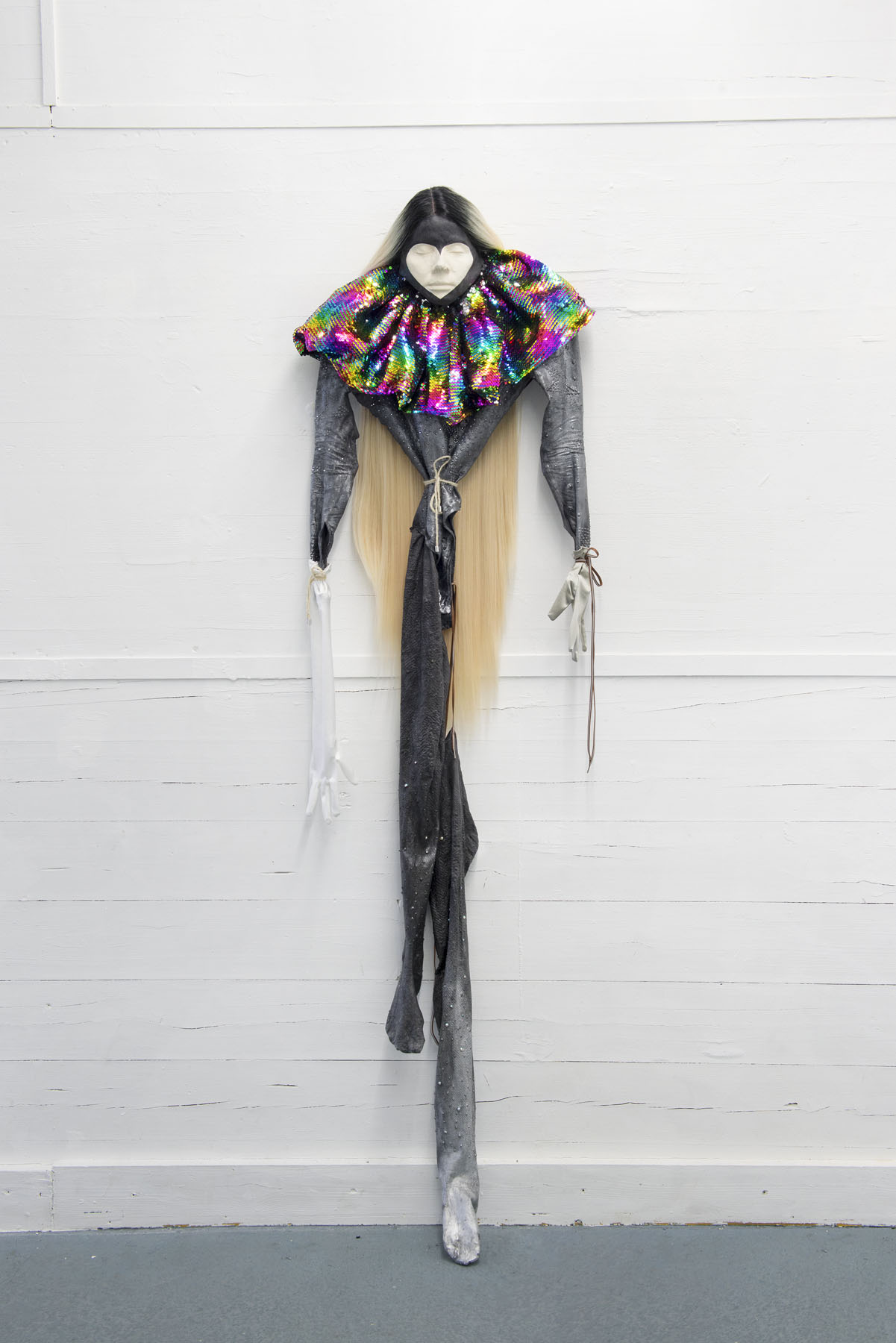 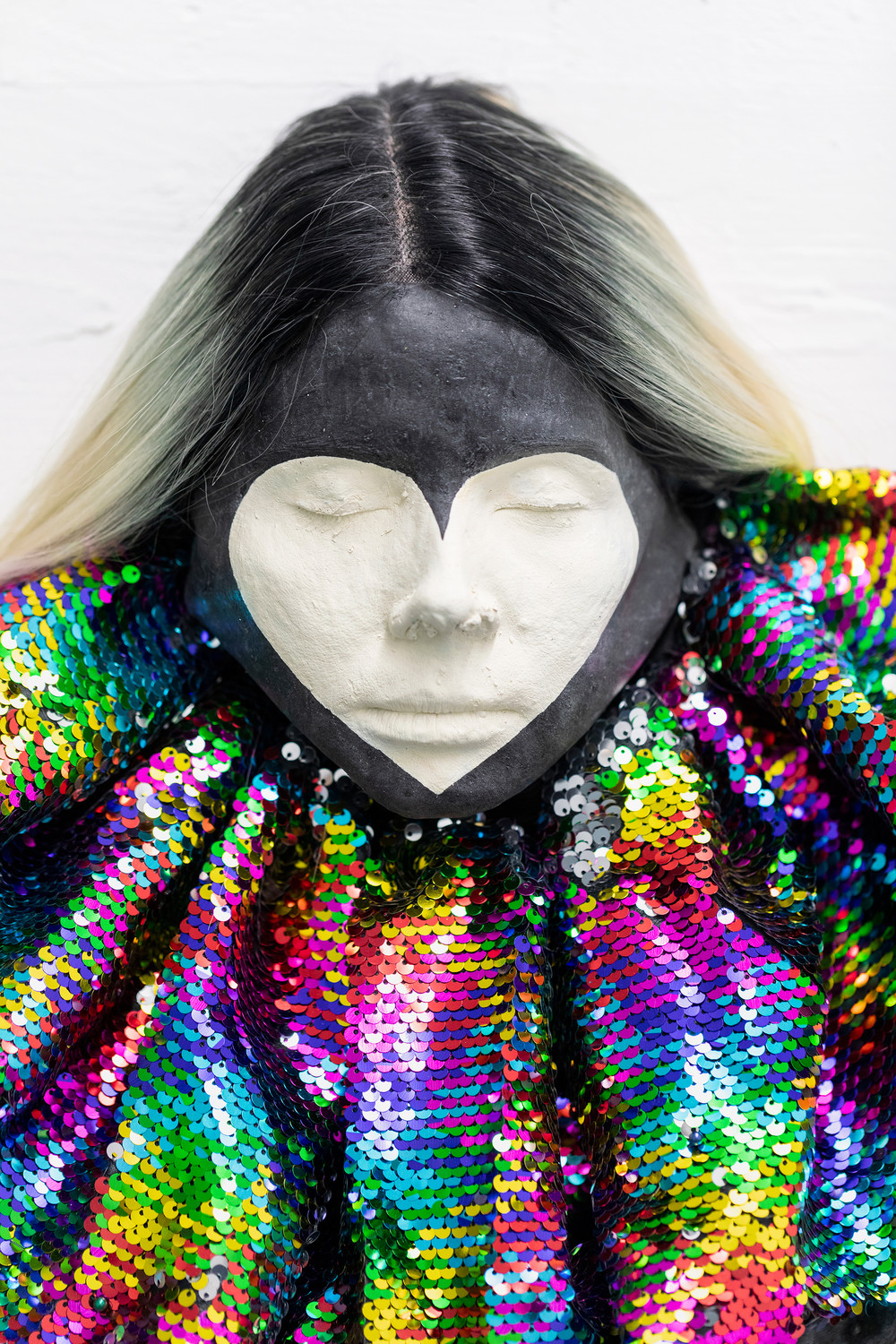 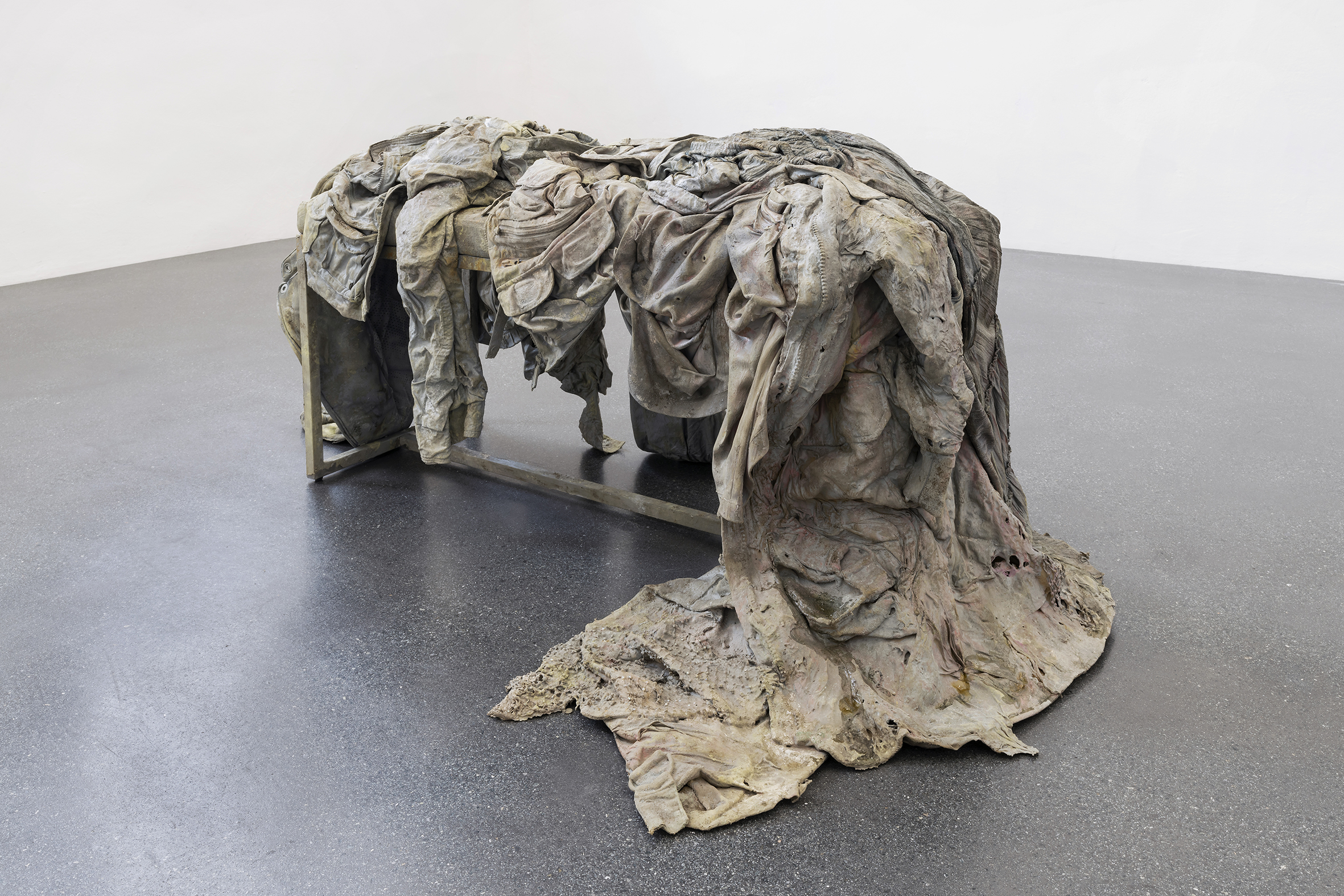 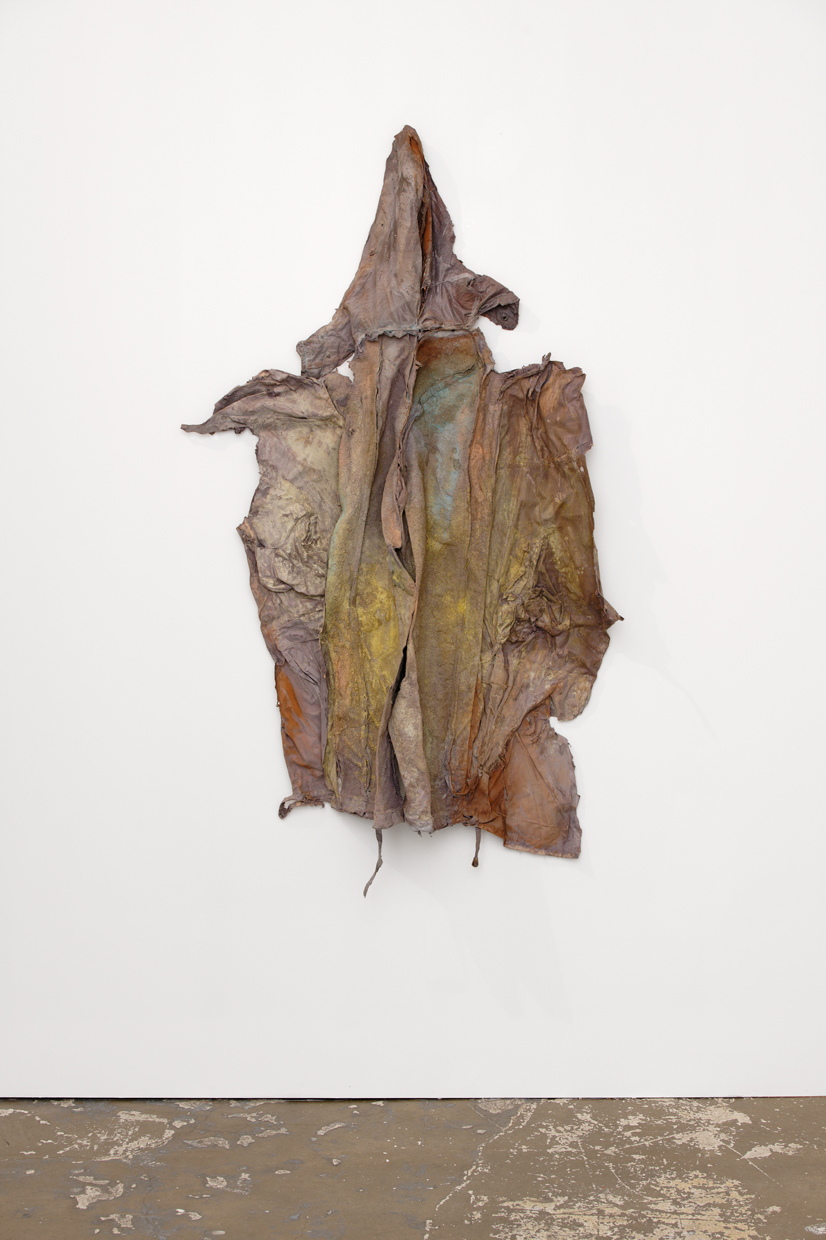 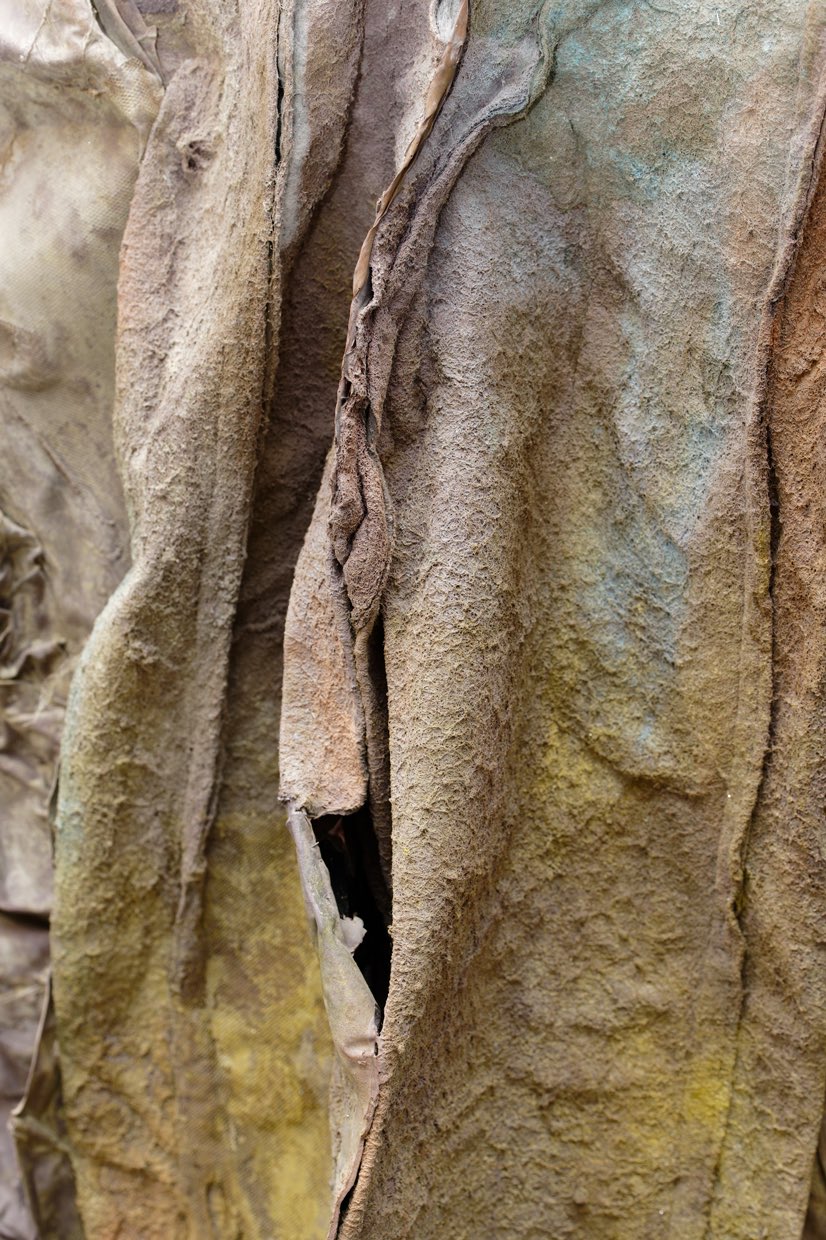 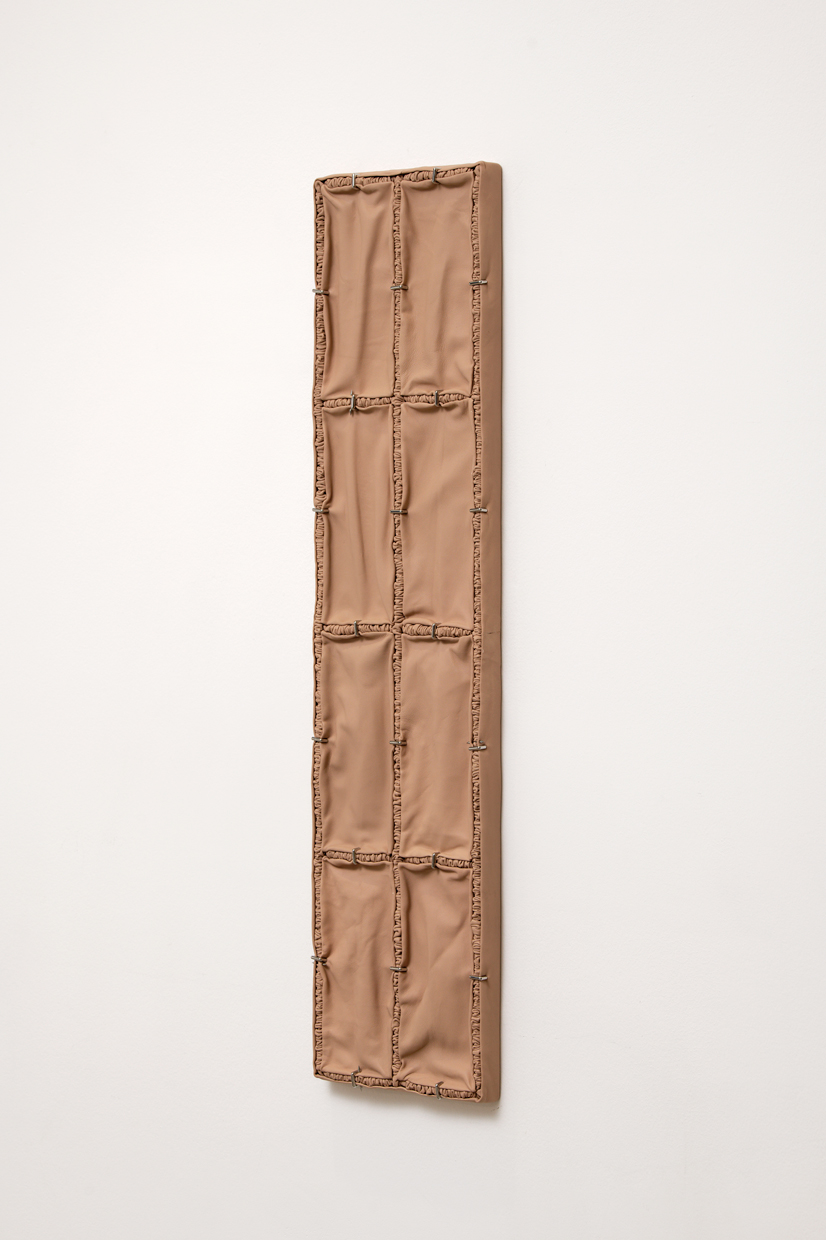 Shivers down my spine (view of the exhibition,"DES CORPS LIBRES - Une jeune scène française" at the Acacias Art Center) 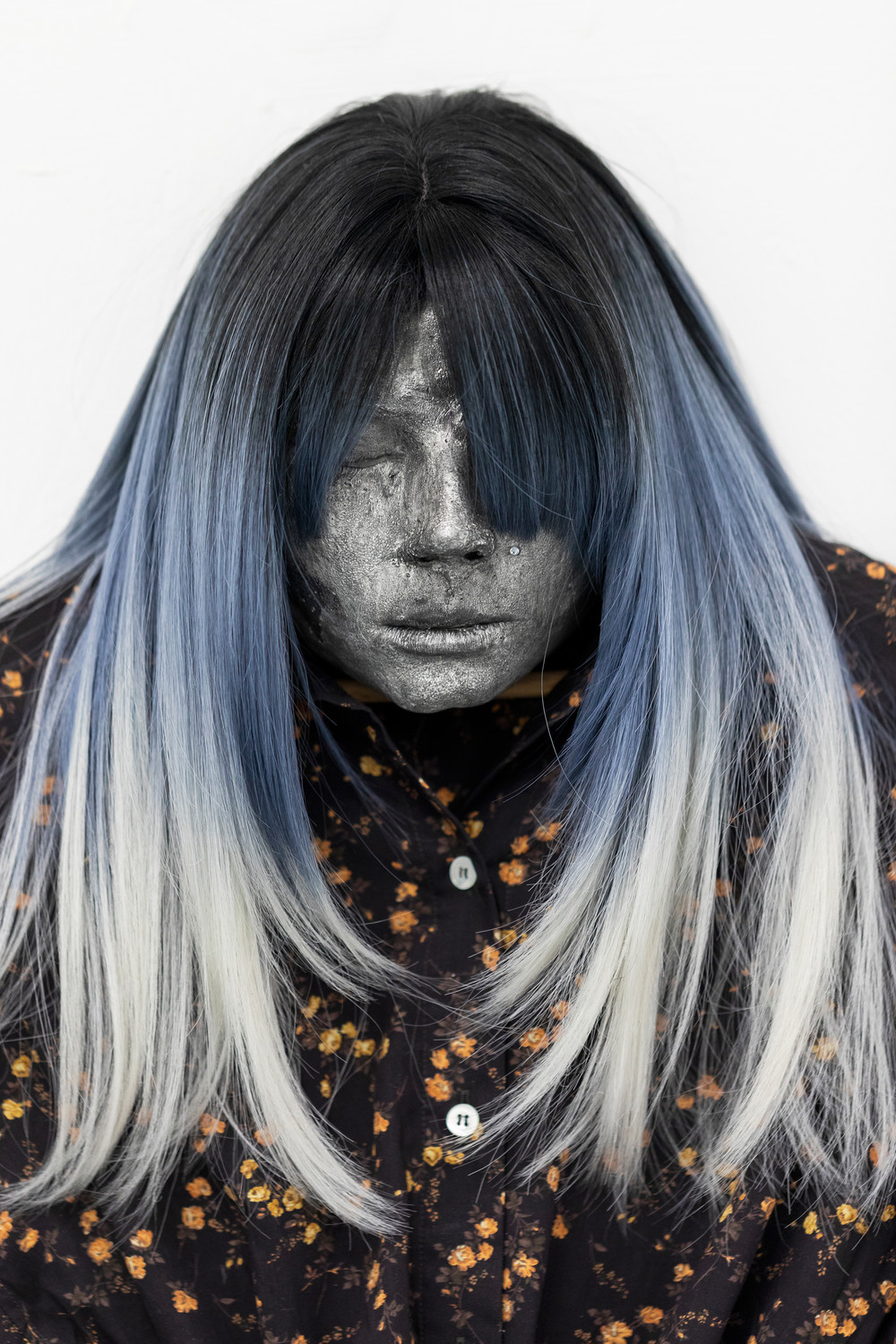 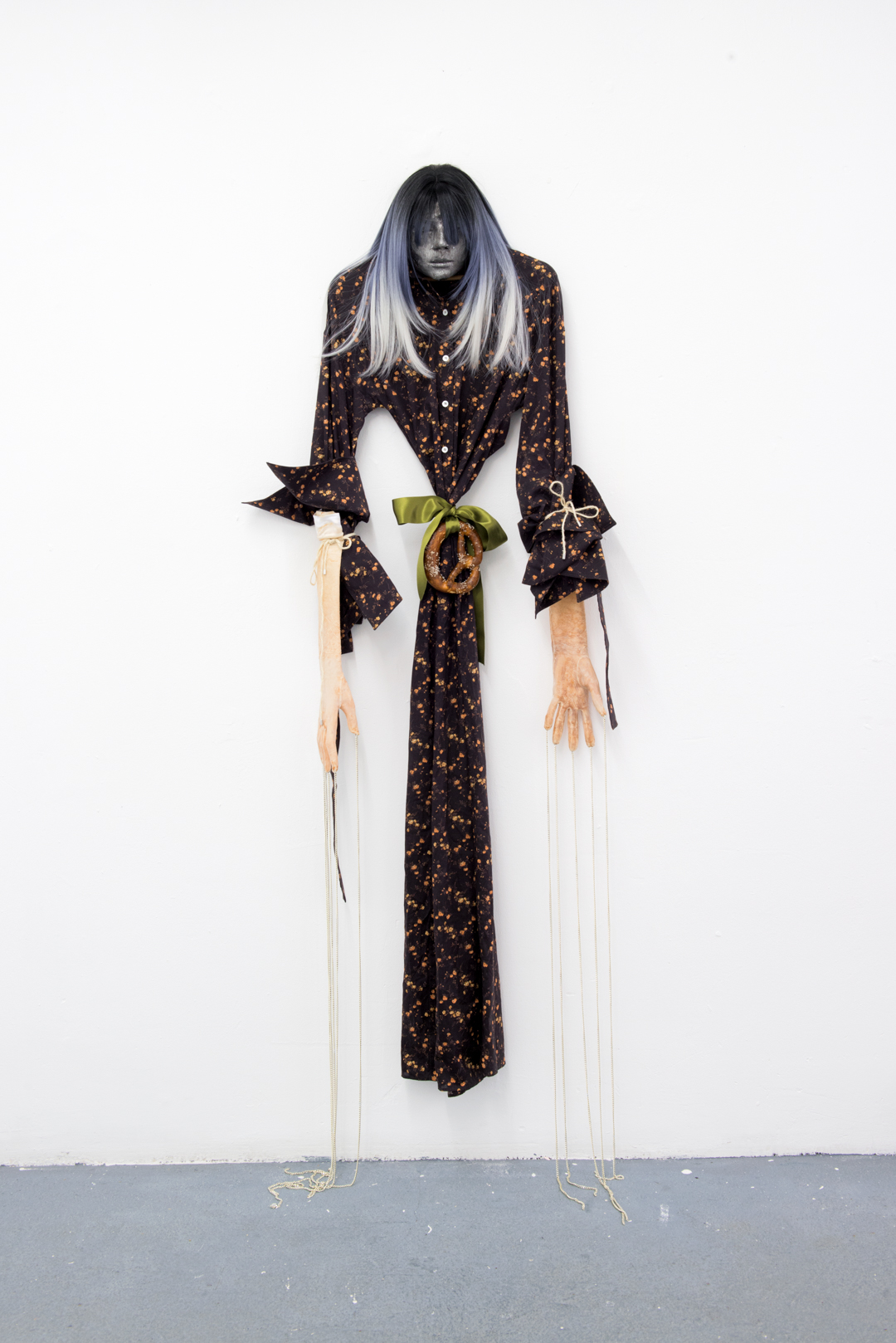 In her practice, Manon Wertenbroek constantly talks about the body without ever representing it directly.
To do this, the young woman first went through photography, where she already merged the object, the human being and the environment during the fleeting moment of the shooting.
On frames, black or red leathers evoke the skin. On a suit hanging on a hanger, it is embodied in a flesh-colored latex molt where the artist leaves the imprint of her own silhouette.

“The organic art of Manon Wertenbroek sublimates the great taboos of the human body” by Matthieu Jacquet
— Numéro, 2021

“In 1974, the psychoanalyst Didier Anzieu formulated for the first time the concept of the “self-skin”. According to this skilful metaphor, the palpable surface of the skin retaining the interior of the body would reflect that, more abstract, of the “ego” enveloping the psychic apparatus: any attack on the skin would then become an attack on the self and on the precious content. that it contains. If the analogy of the skin-ego is confined to psychoanalysis, Manon Wertenbroek seems, fifty years after its theorization, to unconsciously give it shape. In her works, this young Swiss-Dutch visual artist systematically materializes the skin without giving it body, detached from its carnal support. On a vertical zipper meticulously glued to the wall and melted into its surface, the epidermis becomes that of the blank wall hidden by the Zip. On squared frames like windows, there are black or red leathers that evoke the skin, sometimes crumpled, sometimes stretched by metal bridges which emphasize their suppleness. On a jumpsuit hung on a hanger, this is embodied in a flesh-colored latex moult on which the artist leaves the imprint of his own silhouette, pierced with silver chains drawing diamonds as on the Harlequin costume.

Fascinated by the liberating role of carnival in medieval Europe, Wertenbroek transposes taboos into her works, like intestines whose membranes are stretched and compressed in the same way as her red leather. The pretzel, one of her favorite themes, emerges in sculptures made of painted bread whose shape is at once a grimacing face, an ouroboros [a snake eating its tail] and excrement. Simultaneously attracted by the texture and preciousness of the pretzels and repelled by their inedible composition and fecal form, moved by the almost erotic excitement of the zipper and the frustration of not being able to open it, the viewer is trapped in her paradoxes. More cynical than they appear, Wertenbroek’s works bring humour to the gallery: where Anzieu penetrated patients’ psychic membranes to discover the twists and turns of their consciousness, she mischievously lifts the skin curtain of intimacy to reveal the mysteries of the self, exposing her own vulnerability with courageous temerity."