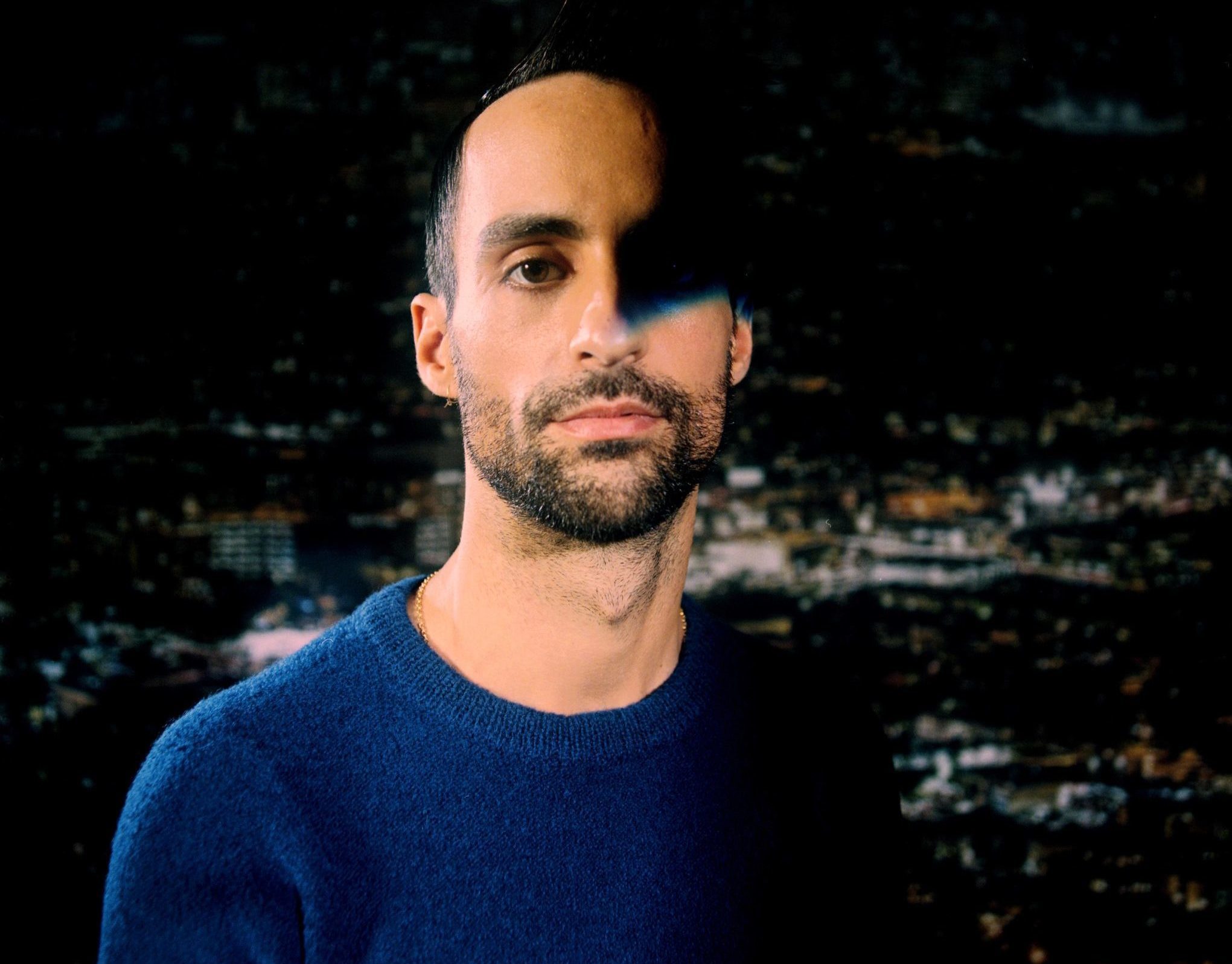 Jean Claracq is a young French artist whose work was exhibited in May 2022 at Studio des Acacias for the first group show of Reiffers Art Initiatives, entitled “DES CORPS LIBRES – Une jeune scène française ”. As part of the new guard of figurative painting, his canvases, meticulous and enigmatic, depict ultra-contemporary characters delicately embodying the attitudes of modern melancholy. 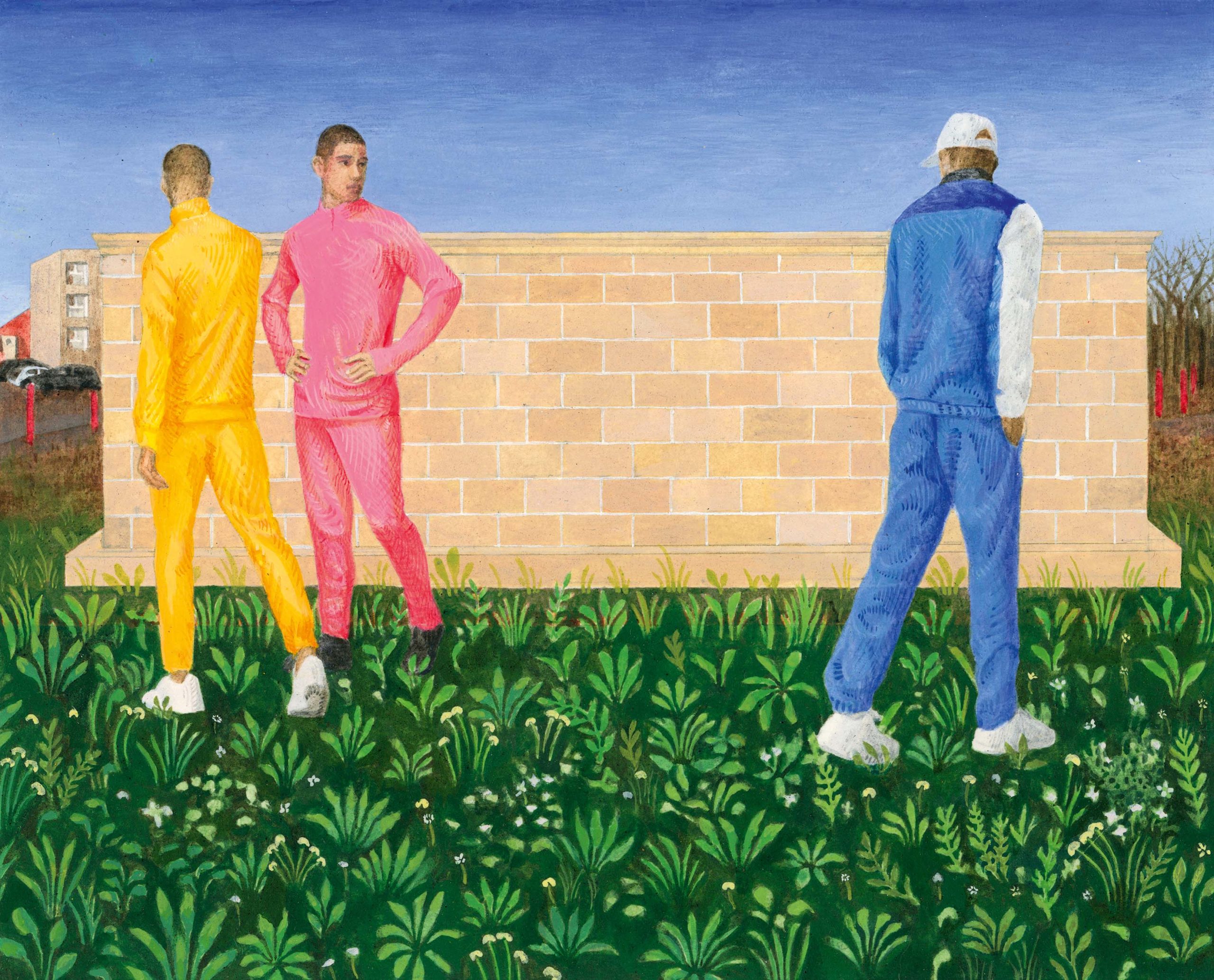 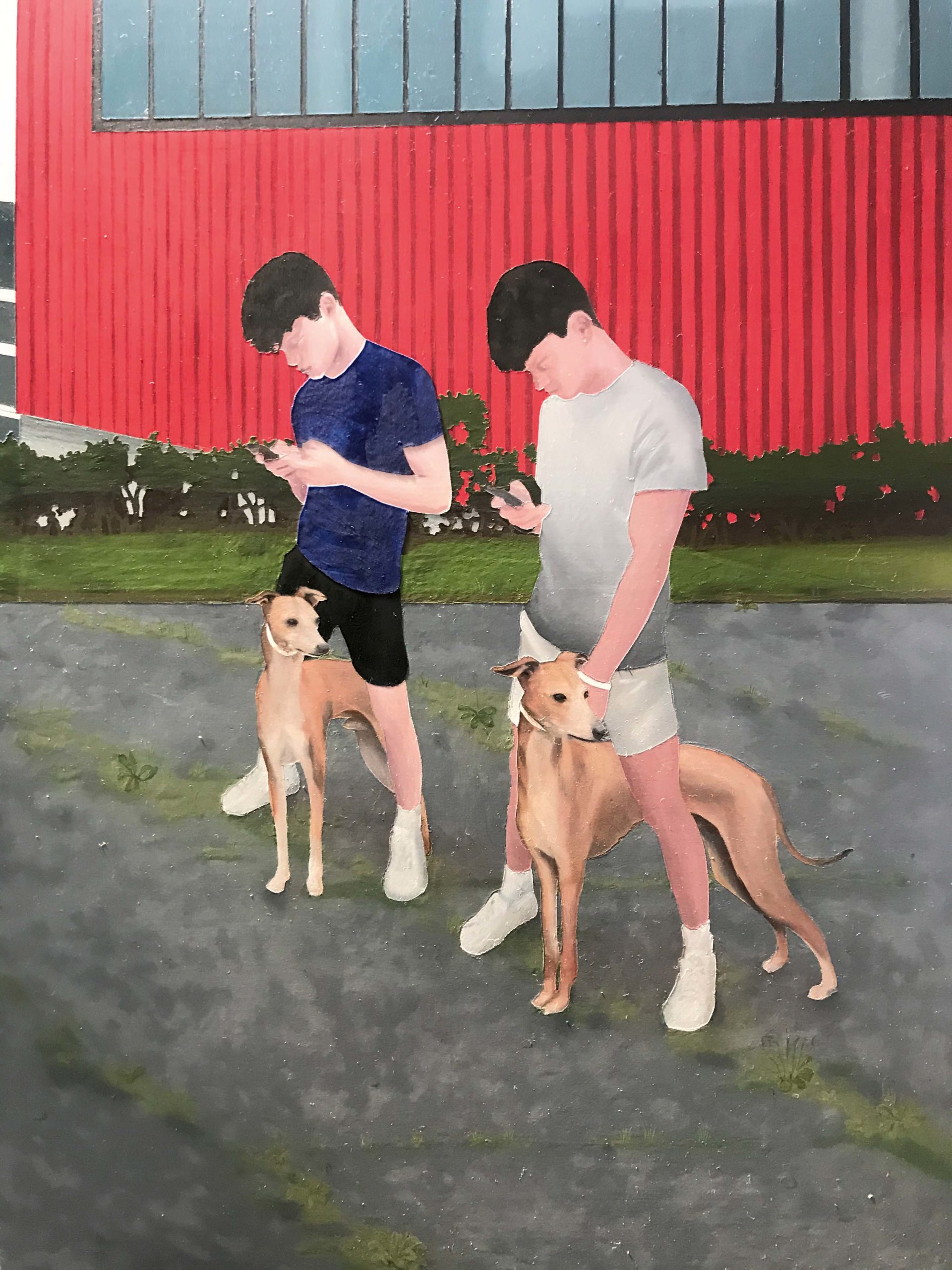 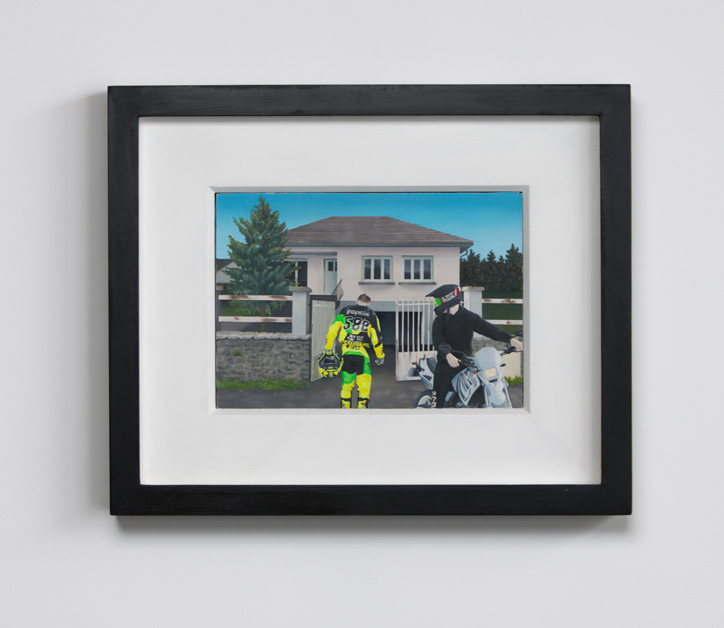 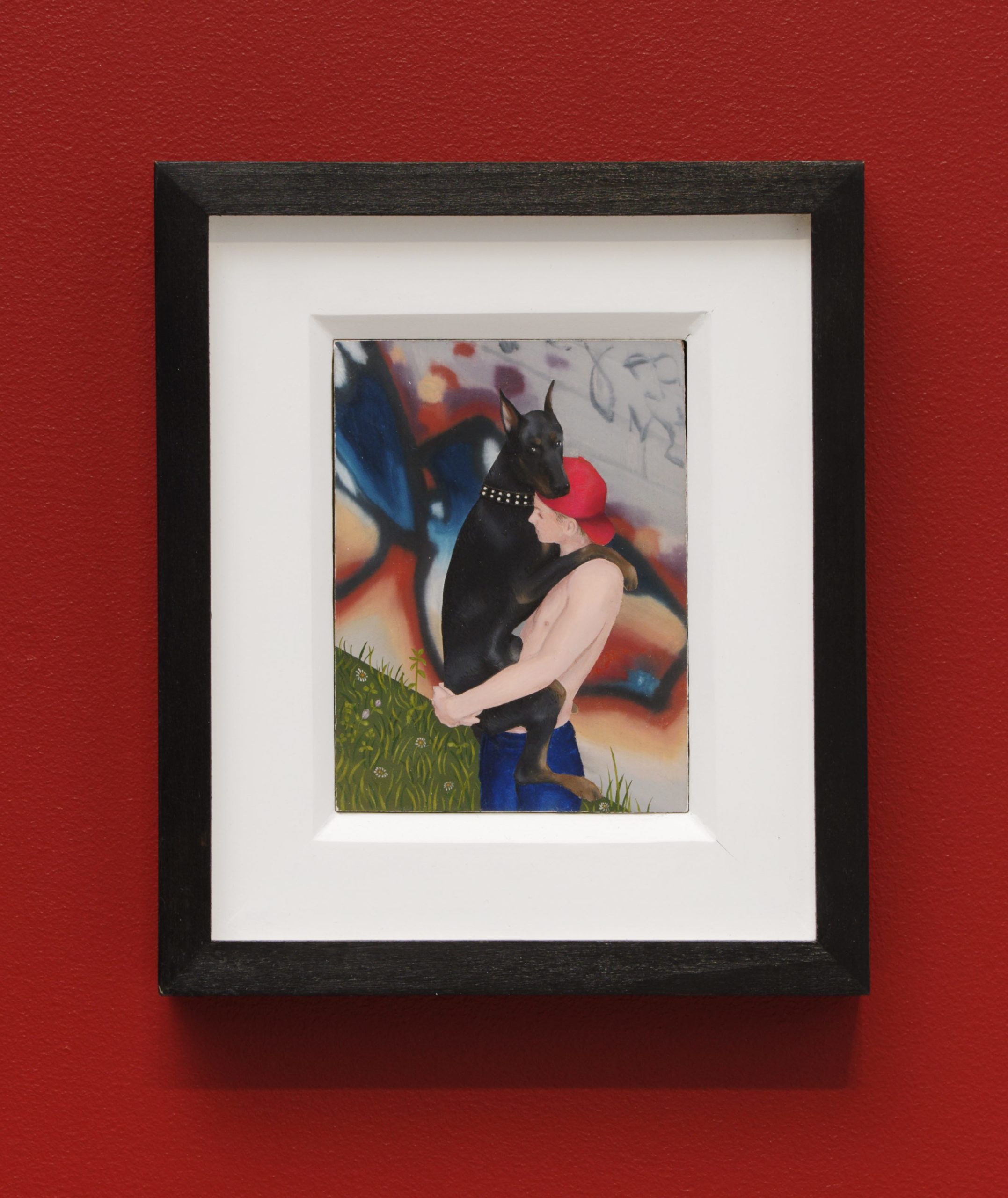 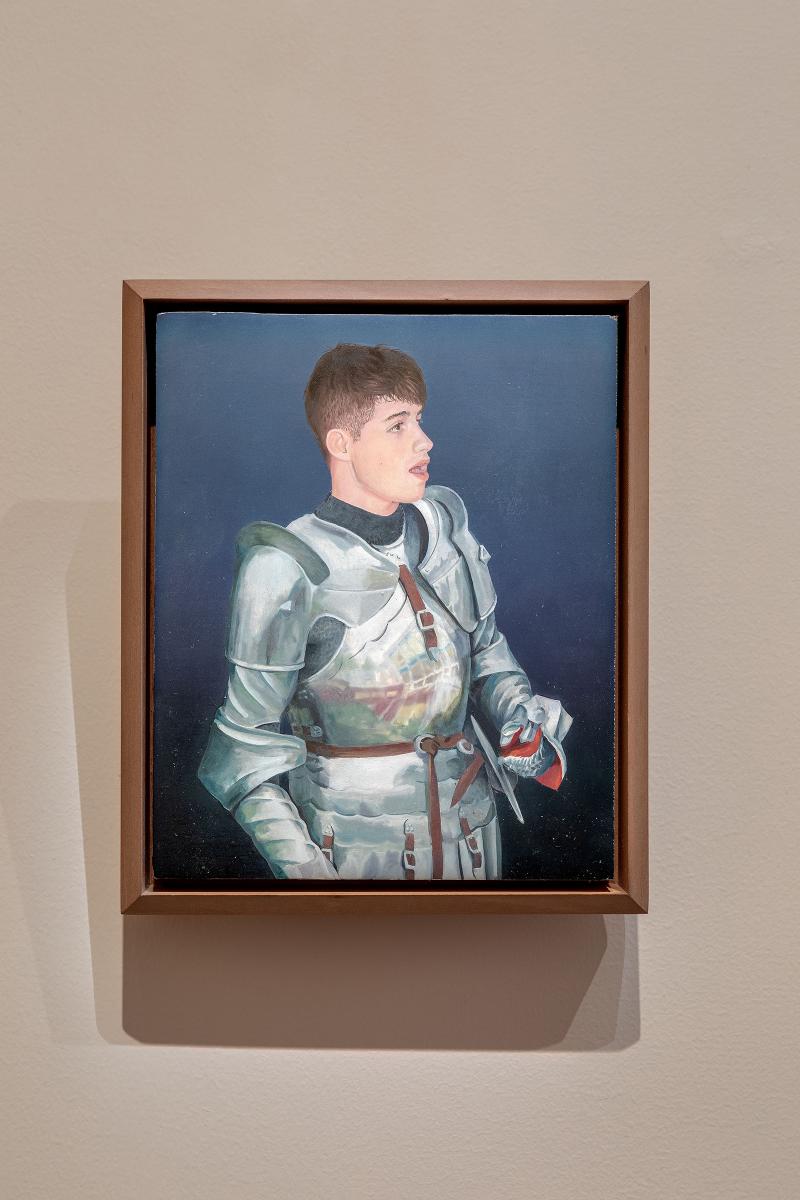 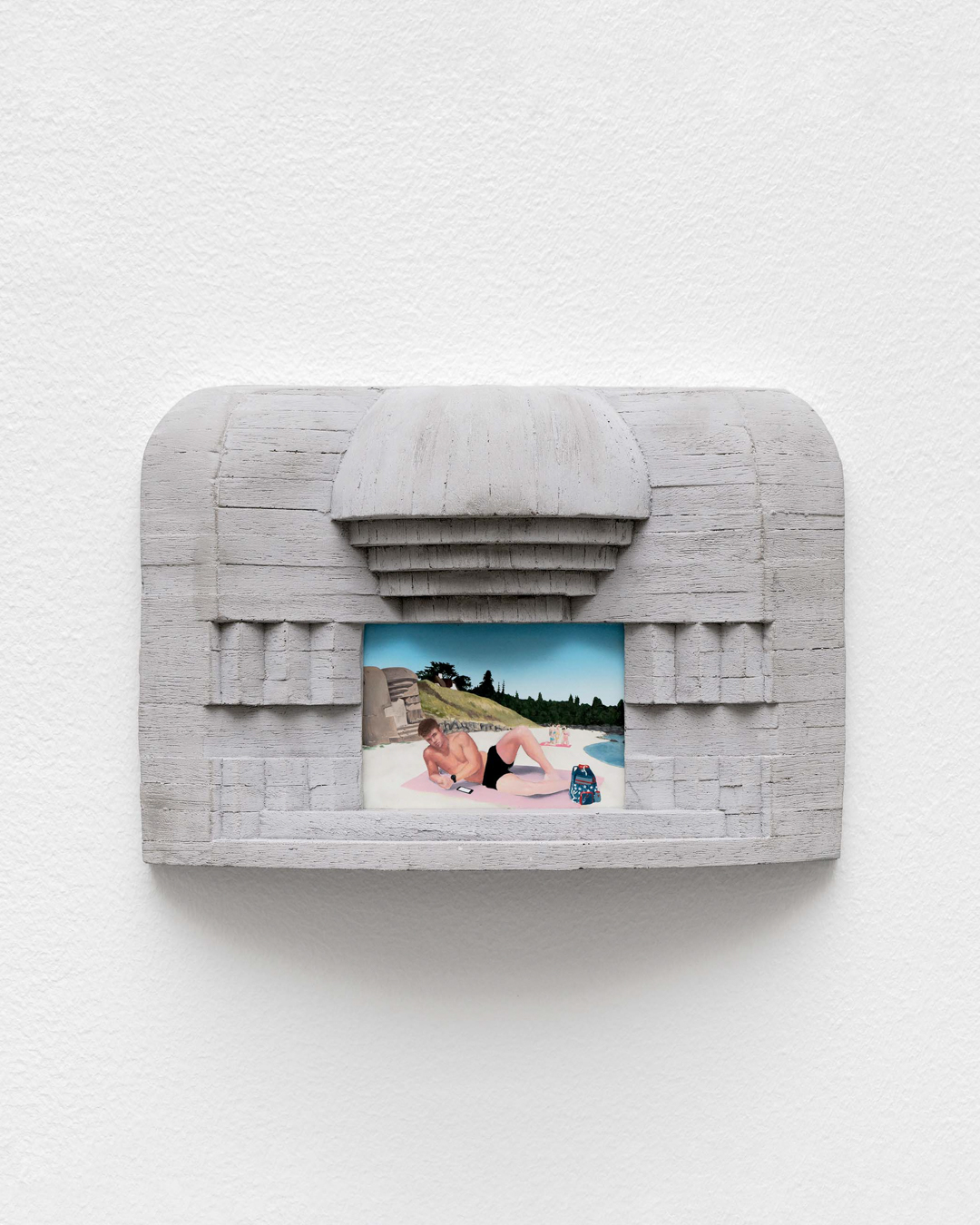 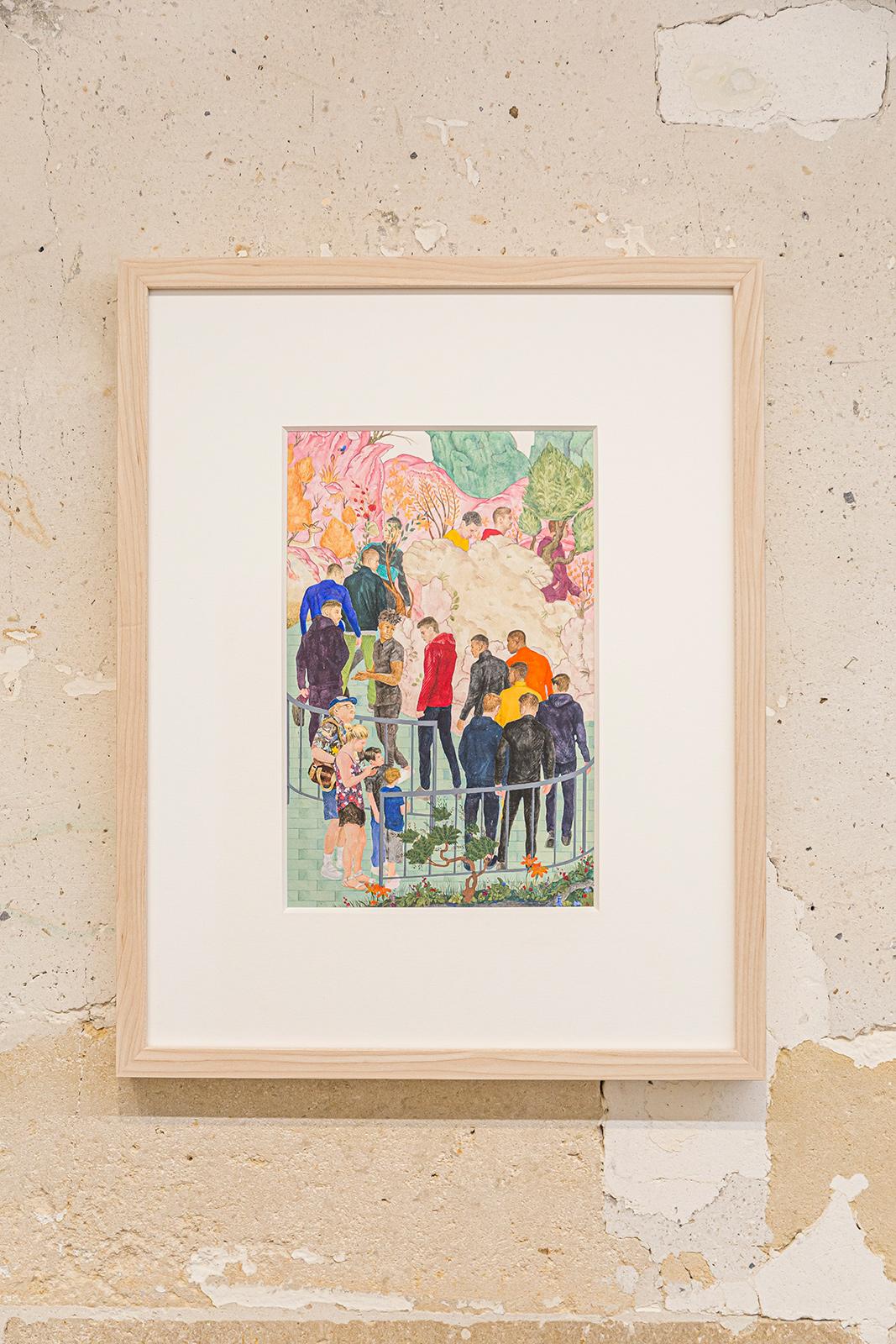 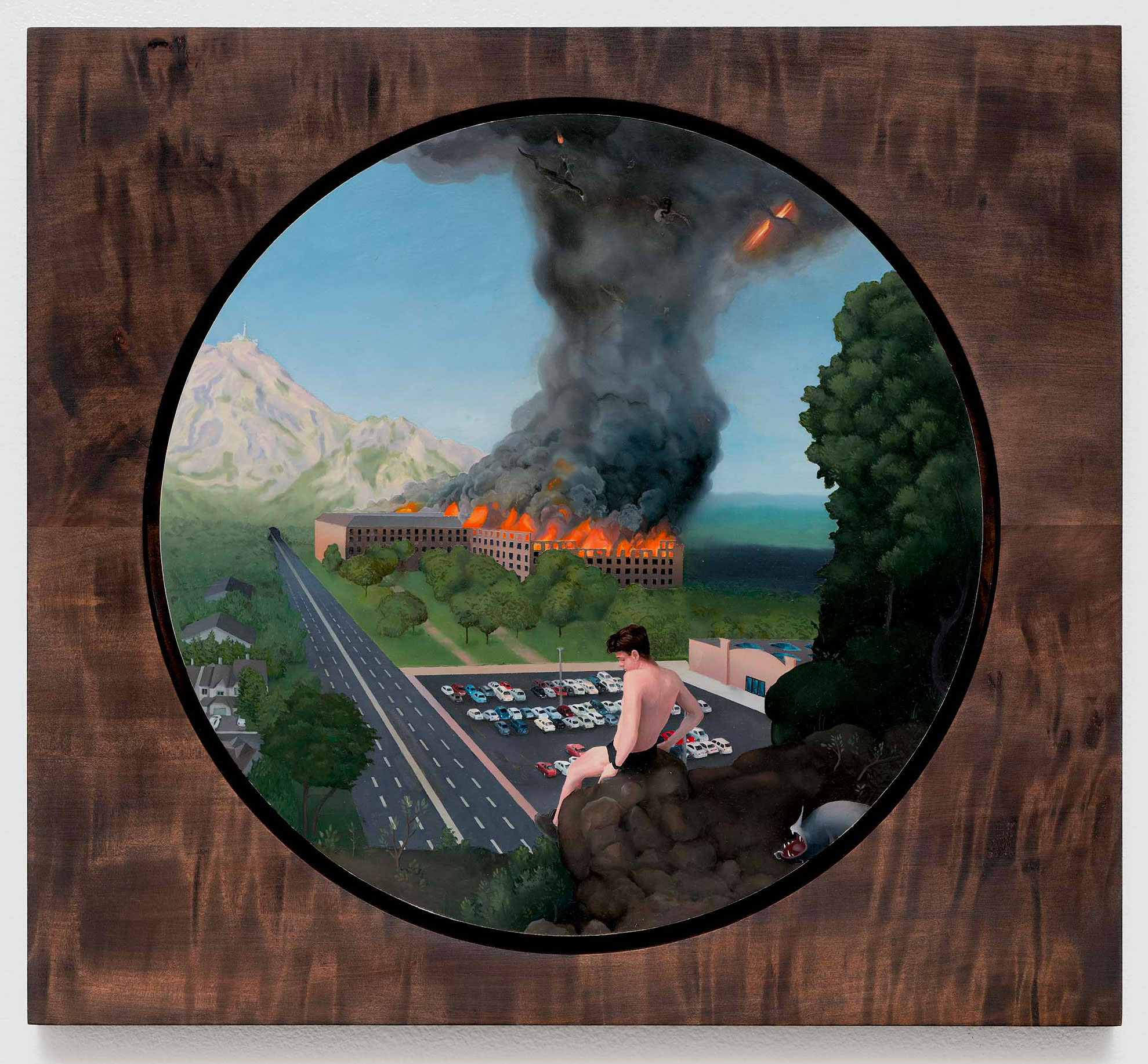 Landscape with the temptation

In the work of this French artist, everything is reduced: cities and
objects fit into the size of a postcard, and young men become the figurines of this world in miniature. Altered by waiting or resting, lost in their thoughts, they appear sometimes with their eyes riveted on the screen of their smartphone or laptop,
sometimes driven by their wandering in deserted alleys. Indifferent to the viewer, these characters are absorbed in their activity or their idleness, and evoke the genre scenes painted in Western Europe in the 17th century. They embody with finesse the new attitudes of contemporary melancholy. The artist is represented by Galerie Sultana, Paris. 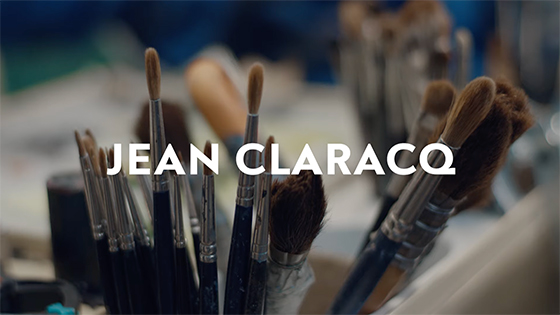 “Jean Claracq, the painter of millennials” by Solène Liagre
— MAZE, 2020

“In the same way that Edward Hopper, a 20th century painter, toured the canvas with his works echoing the isolation of confinement, Jean Claracq stages characters facing their own loneliness in a setting close to the synthetic artificiality of the video game. He mainly represents young men, alone and pensive as if imbued with a contemporary melancholy.

Between smartphone and computer, digital occupies a central place in his paintings, thereby confronting us with the paradoxes of our societies. In A View from an Apartment, although surrounded by means of distraction like his book and his mac, the character seems impossible to get out of his boredom. His computer displays a photo of him on Instagram reminding us of this era of the cult of the image, of the race for the number of subscribers, the number of friends, which, more than ever, wants to be individualistic. Jean Claracq therefore paints the portrait of the millennial generation, both connected and detached.”

“Who is Jean Claracq, the painter who reinvents the world in miniature ? ” by Matthieu Jacquet
— Numéro, 2021

“At the age of 13, Jean Claracq (born in 1991) instinctively began to paint on 5 x 5 cm formats and then gradually ventured into other mediums and other dimensions. However, the artist most often returns to the miniature, arguing that it reflects his own scale of reality. Characterized by cold and muted colors awakened by lively tones, very clear contours and a tiny precision of details, his paintings encourage discovery through the effort of the gaze. In order to play with the perception of the viewer, the artist deliberately ensures that certain elements are only visible with a magnifying glass or thanks to the zoom of a lens.

Because at Claracq, the history of photography is never far away. Citing Jeff Wall among his references, he assumes in his practice this same ambiguous position between the unpredictability of reality and the fiction of staging. If his subjects are similar to intimate scenes of daily life stolen through the pane of a window, they are in truth the fruit of assemblages of images gleaned by the artist which compose a new imagination. In its spaces delimited by vertical, horizontal and oblique lines, Claracq creates mise en abyme where the frames are inside the frames, from an imposing billboard to the square format of an Instagram photograph that we discerns, tiny, within a digital screen. The squared urban architectures, which the painter is so fond of, then extend into the forms that govern the field of images and digital to constitute the same orthogonal world.“

“The ultra-modern solitude of the painter Jean Claracq” by Roxana Azimi
— Le Monde, 2020

“Jean Claracq, 29, debunks the clichés around millennials. Are they said to be ignorant of the past, fanatics of the clean slate? The young painter, who exhibited at the Louis Vuitton Foundation in Paris, readily drinks from his elders, whether they are called David Hockney, Jeff Wall, Gerhard Richter or Jan Van Eyck. Generation Y would be that of impatient zappers? Claracq is slow. He barely delivers ten paintings a year. The composition takes months, the execution, at least three weeks. “My temporality is not that of the art world,” he admits in his slight Southwestern accent. But I want to let the paintings settle, without forcing things, so that they slowly reveal themselves. »

The blessing of the Vuitton and Kadist Foundations, of the fashion designer and collector Agnès B., has not changed anything, Claracq wants to give time to time. Like the Flemish masters who so fascinated him, the graduate of the Beaux-Arts de Paris polishes his compositions on wooden panel, multiplies the images in the image, fine-tunes with a magnifying glass the details often invisible to the naked eye. Like an illustrated book placed on a breakfast table or the backs of books stored in a library. Everything is meticulously painted, licked, calculated to the nearest millimeter, to the point of blurring almost too neat to be really realistic.”