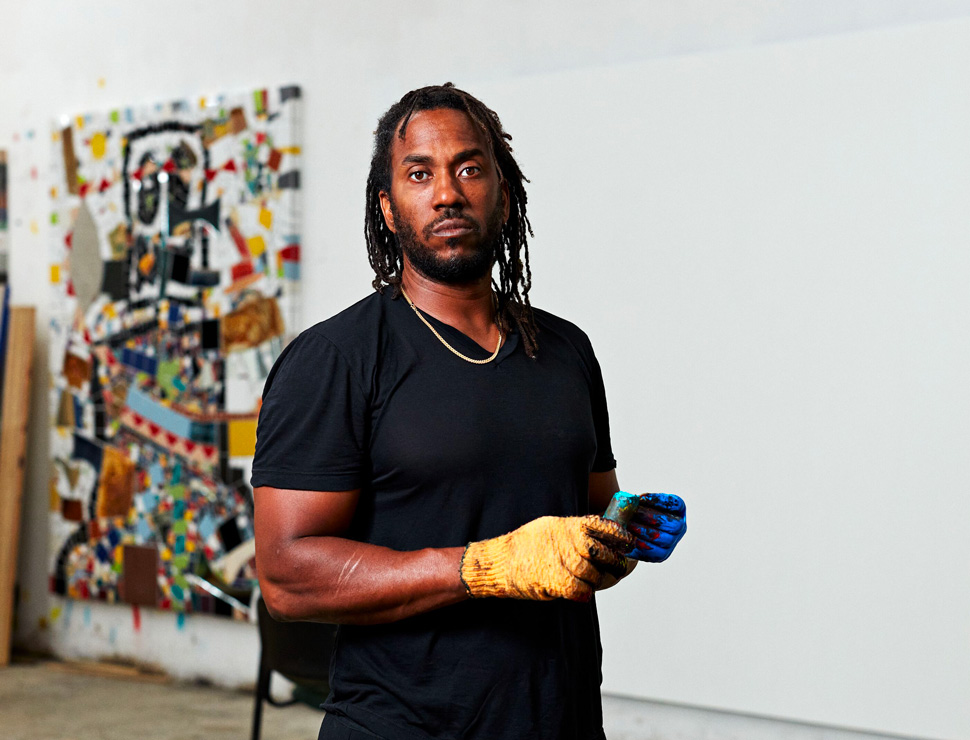 Rashid Johnson is part of an influential group of contemporary American artists. In 2021, he chose to support the French artist of Guadeloupe origin Kenny Dunkan, as part of the mentorship program of Reiffers Art Initiatives, giving rise to the exhibition “NO APOLOGIES“ at the Studio des Acacias. His work uses a wide range of media to explore art historical themes related to individual cultural identities, philosophy, materiality and critical history. On the occasion of FIAC 2021, Rashid Johnson was featured on the cover of Numéro art 9. 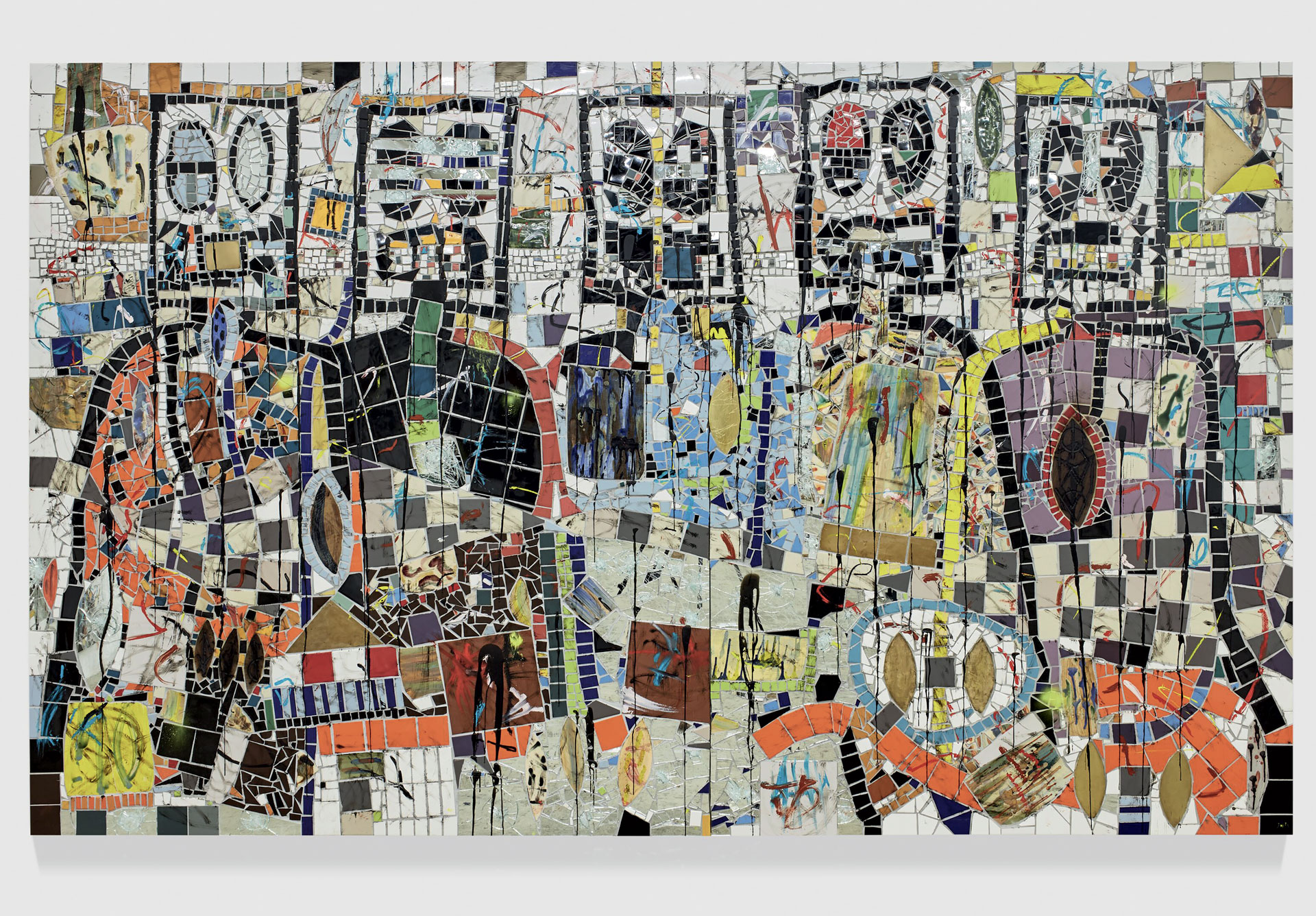 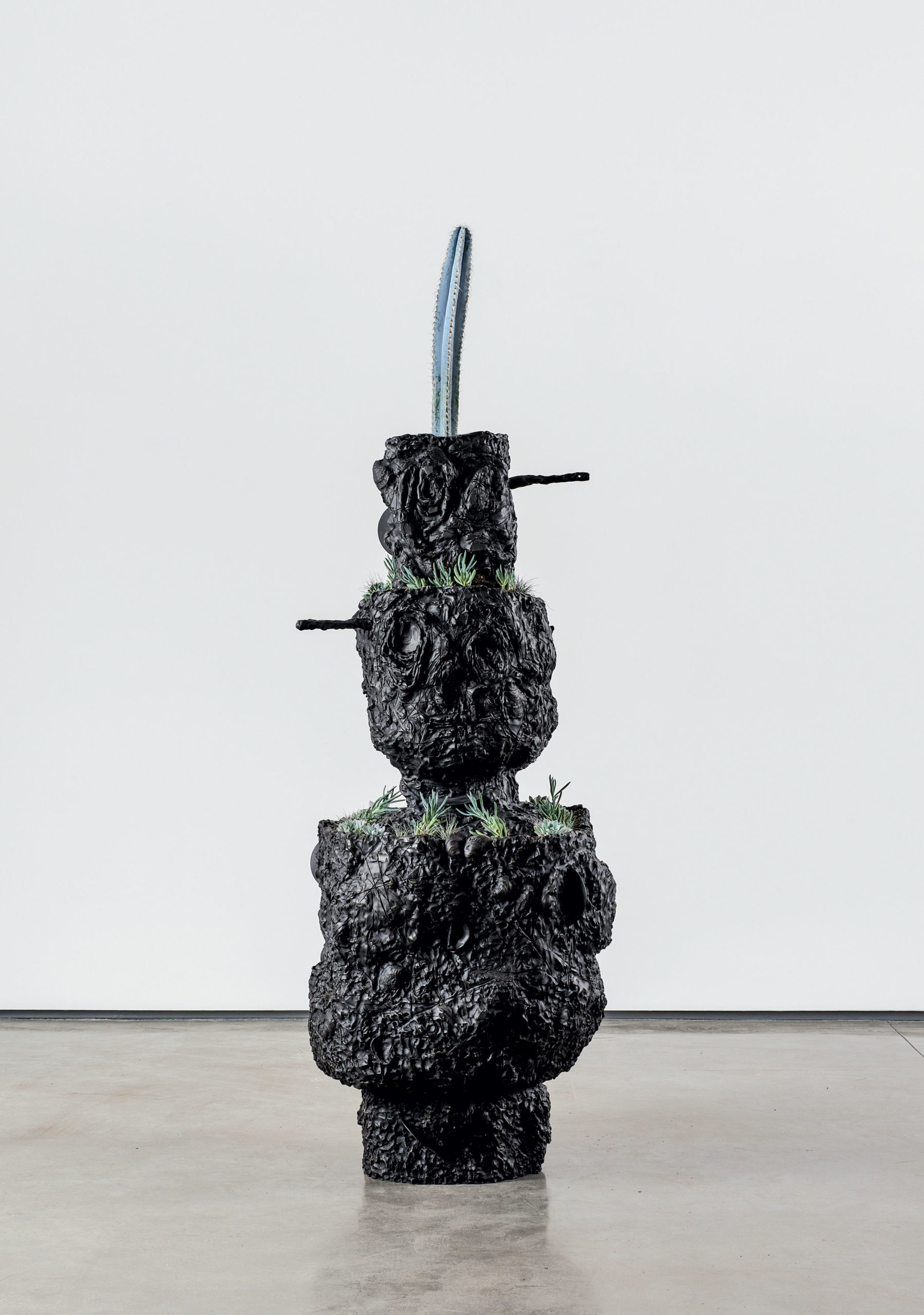 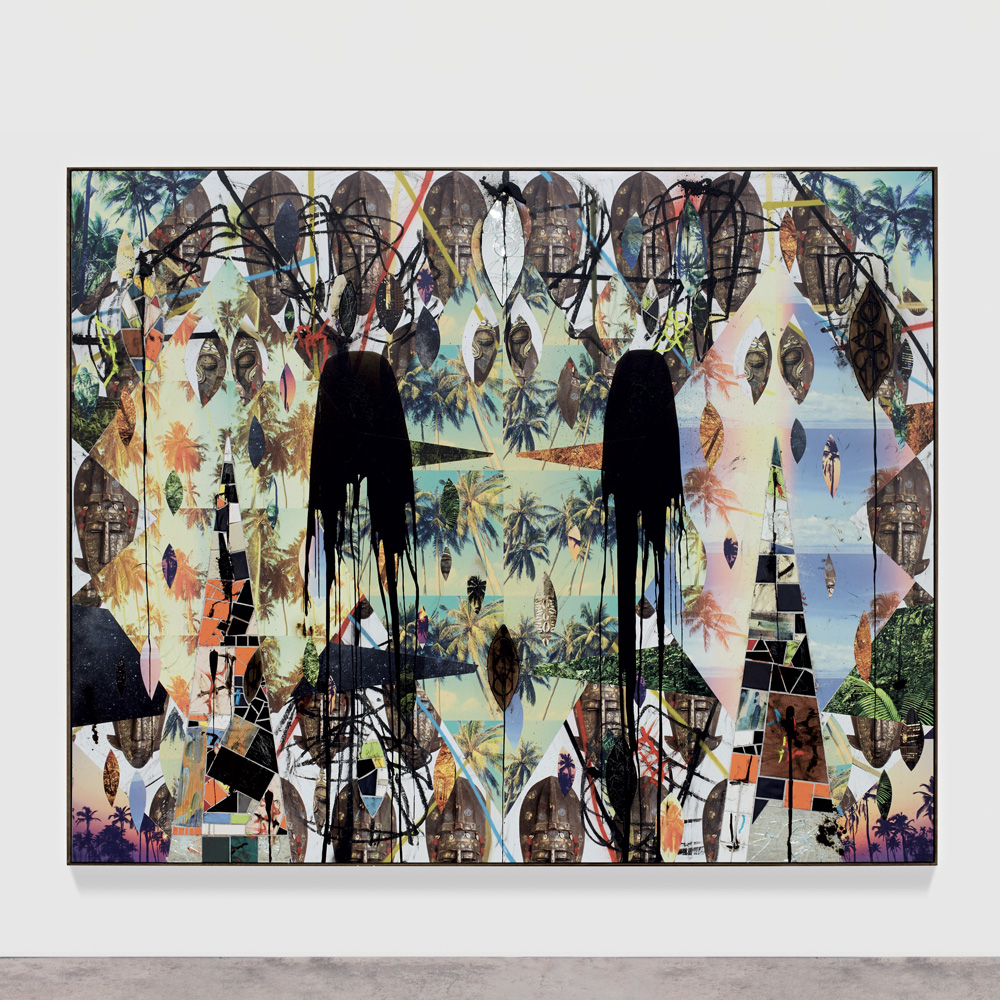 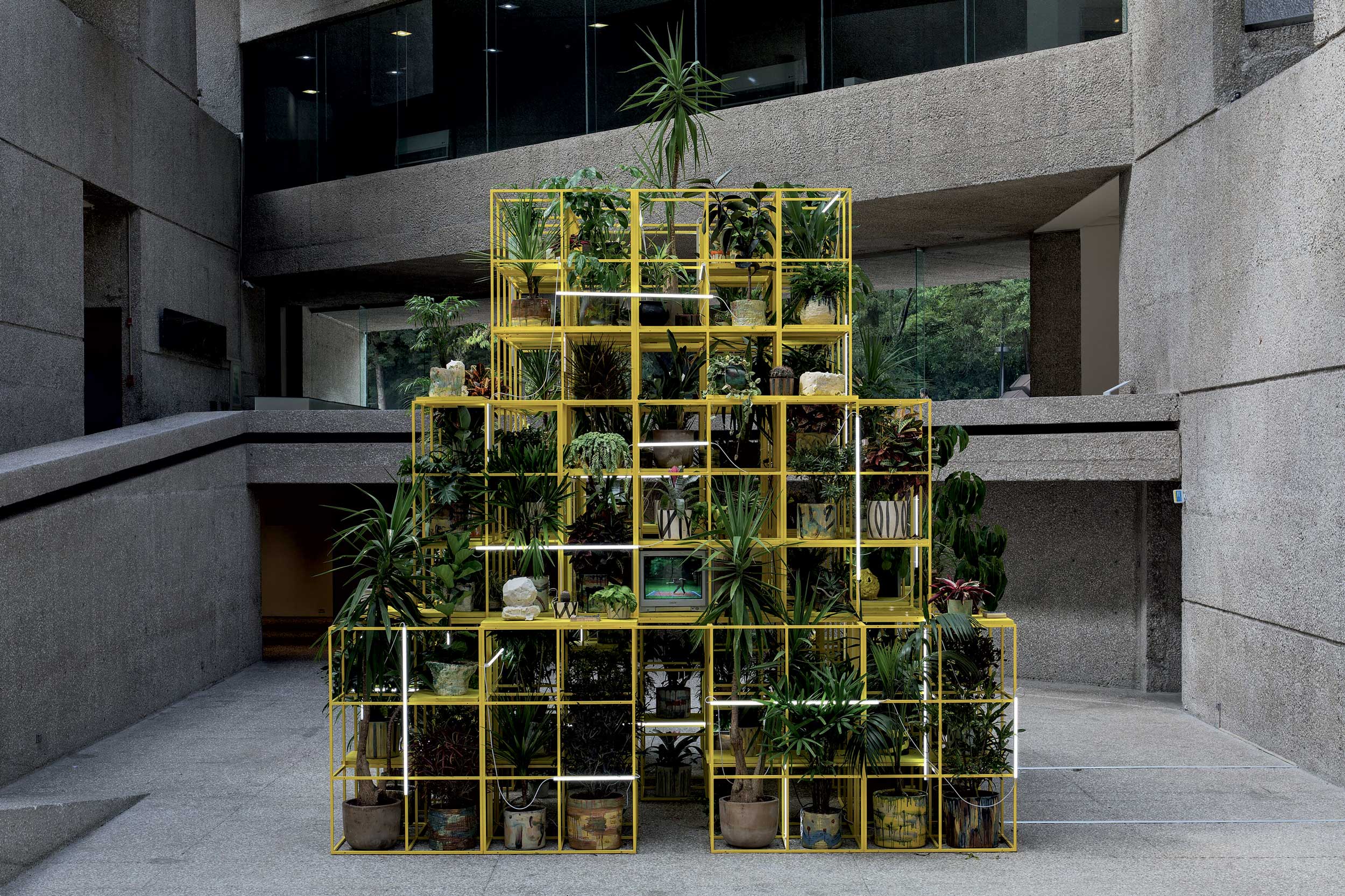 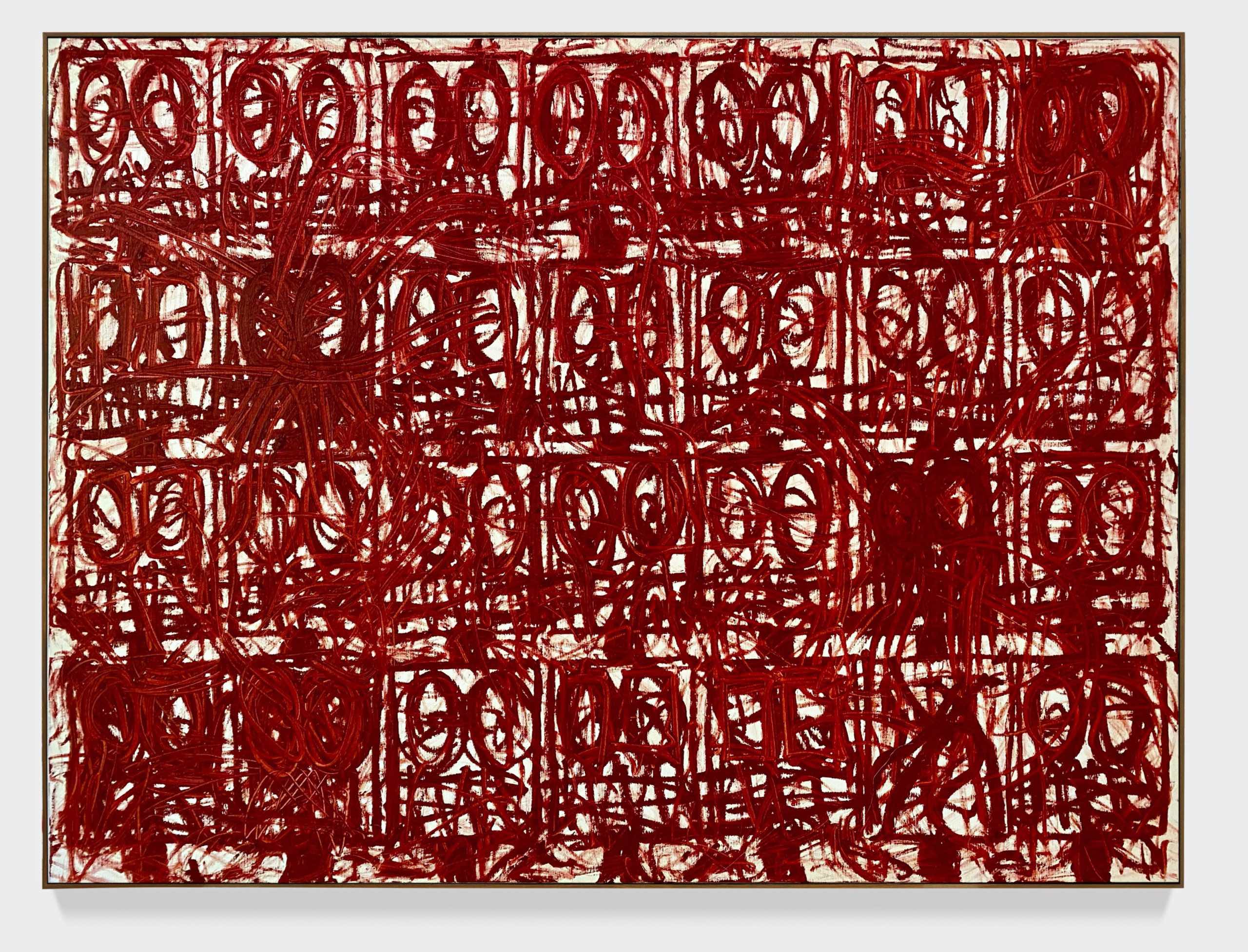 After studying in the photography department of the Art Institute of Chicago,
Rashid Johnson quickly expanded his practice to encompass a wide range of media including sculpture, painting, drawing, filmmaking, and installation to produce a complex multidisciplinary body of work that incorporates various elements rich in symbolism and personal stories.
Johnson's work is known for its narrative integration of a pointed range of everyday materials and objects, often associated with his childhood and frequently referencing collective aspects of African American intellectual history and cultural identity. The artist is represented by the Galerie Hauser & Wirth. 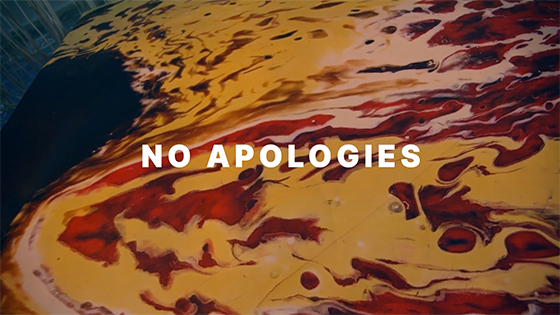 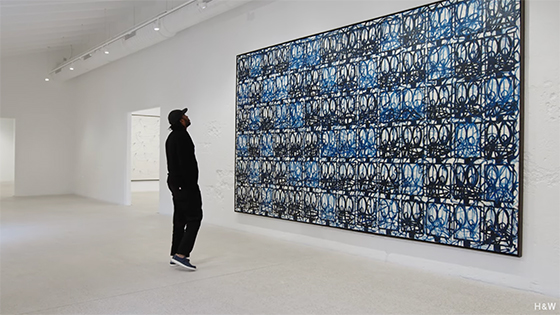 "Long before Black Lives Matter, his photographs – one of the most famous, from 2005, shows him posing naked in front of the camera –, paintings and installations summoned up complex narrative systems on the theme of African-American identity and history, its rebellions, its art, literature, music and everyday objects. Even the shea butter used during his childhood by family members became an emblematic material. But his works are neither demonstrative nor outrageously figurative or didactic; on the contrary, they are often more like abstract, some- times minimalist puzzles in which materials, figures and objects (when recognisable) work together to express intimate emotional states rather than simply “representing” the African-American community. In his paintings, there’s a certain vandalism, in the way he creates and destroys with the same movement, burning, breaking, assembling and disassembling materials and forms. Joy and excitement, but also struggle and violence, trauma and healing explode throughout his oeuvre. Nothing is pure in these brain-like works, where thoughts and emotions intertwine."

"Over the past decade, Rashid Johnson has developed two new and already iconic series. His Anxious Men, black faces scribbled on canvas, are multiplied on vast formats - following a grid (a matrix that the artist is particularly fond of) taking different colors: red, blue... Because it is not only a question of representing black bodies, but to evoke the anxiety and the interrogations of a whole society, beyond the color of skin. His characters observe you, in number, in community, and become the accusing or inter-rogating witnesses of your own existence as a spectator."