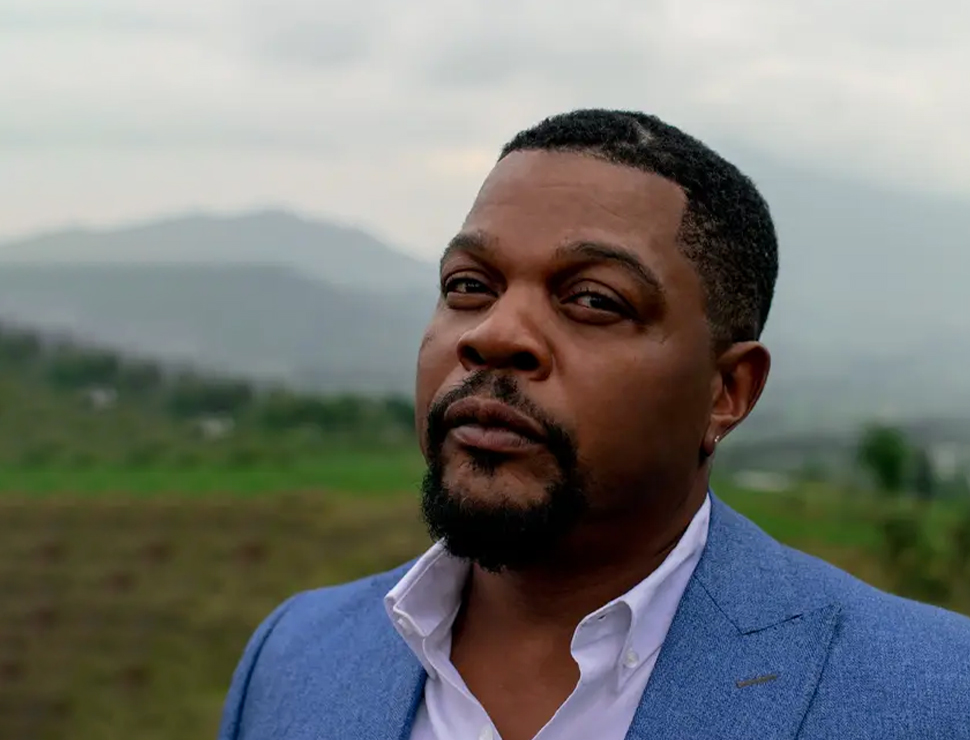 Kehinde Wiley is a famous African-American artist known for painting the official portrait of Barack Obama. And as part of the 2022 edition of the Reiffers Art Initiatives mentorship program, he has decided to support the young French artist Alexandre Diop who will be the subject of an exhibition for Paris+ by Art Basel. Known for his naturalistic portraits of African-American men in heroic poses, Kehinde Wiley mixes classical and pop culture references in his works. 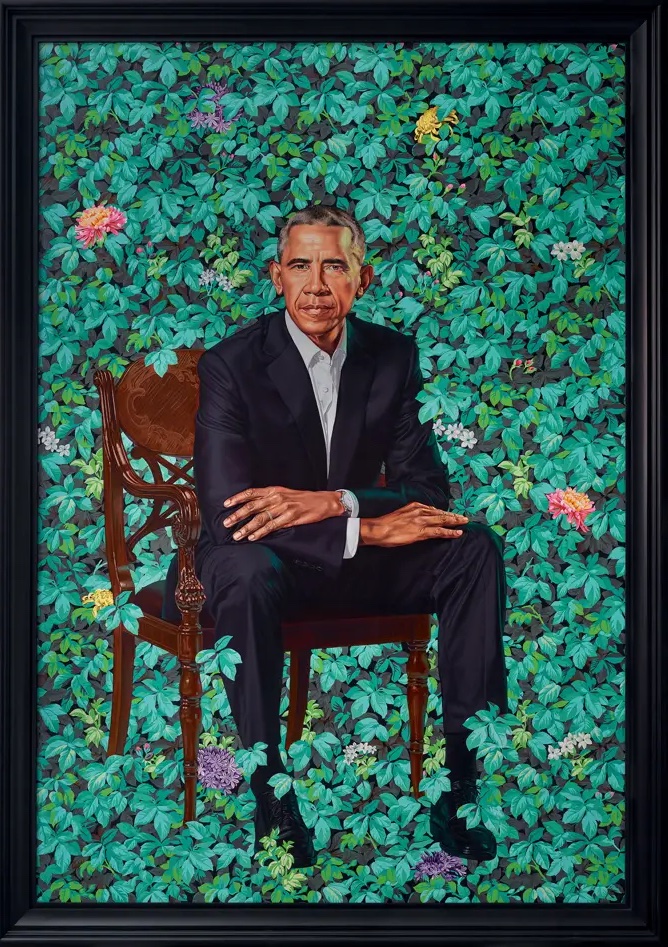 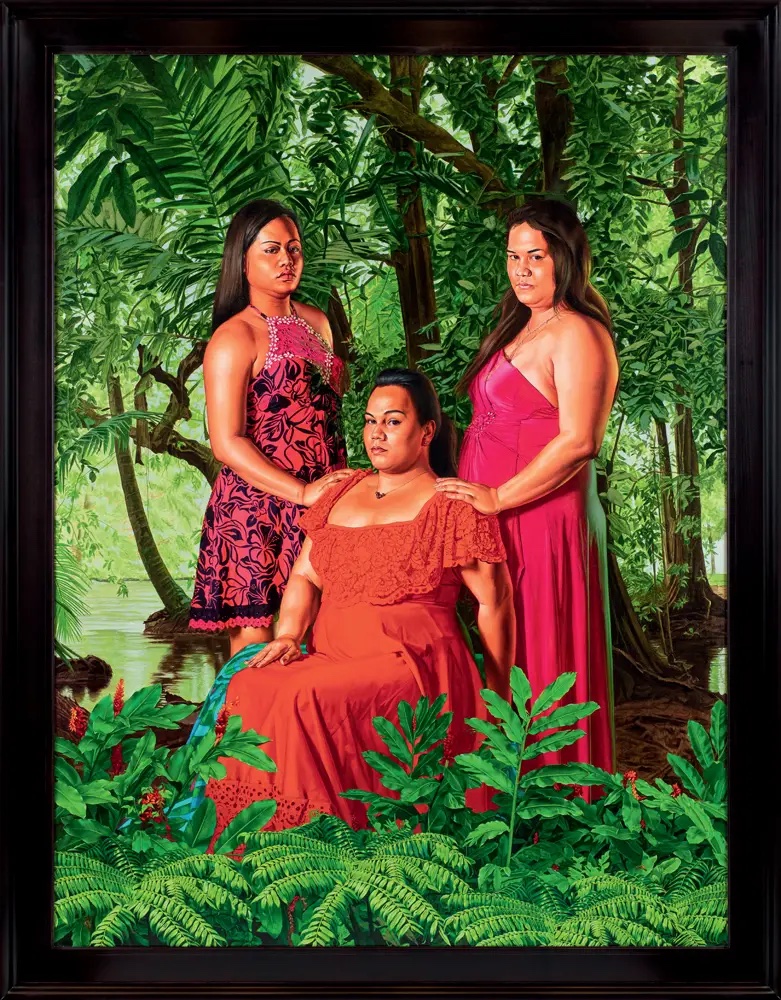 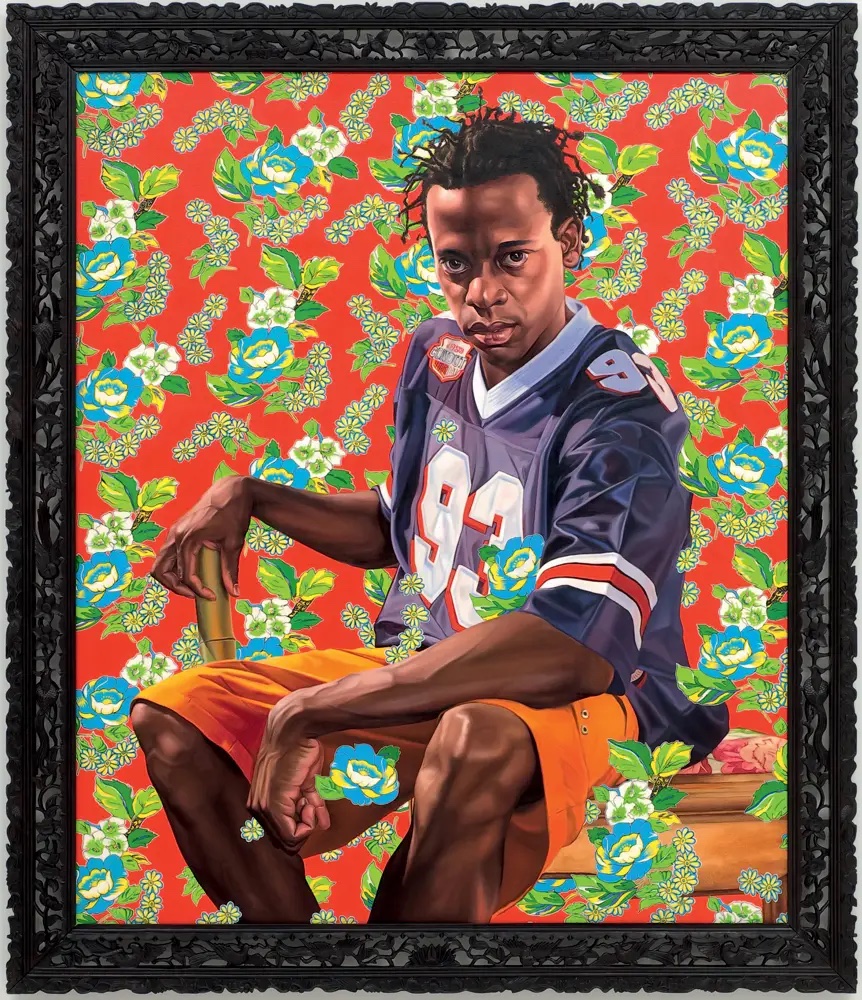 Santos Dumont - The Father of Aviation 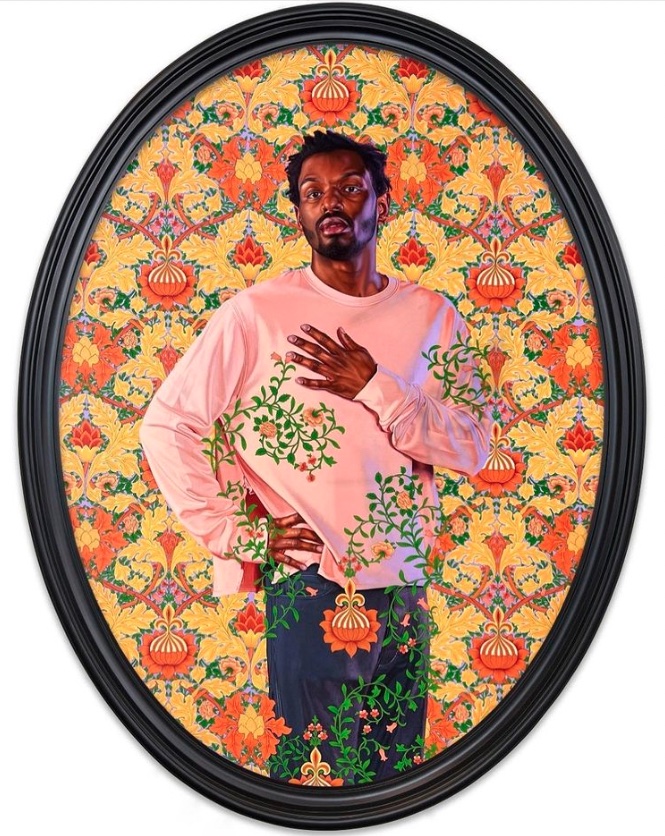 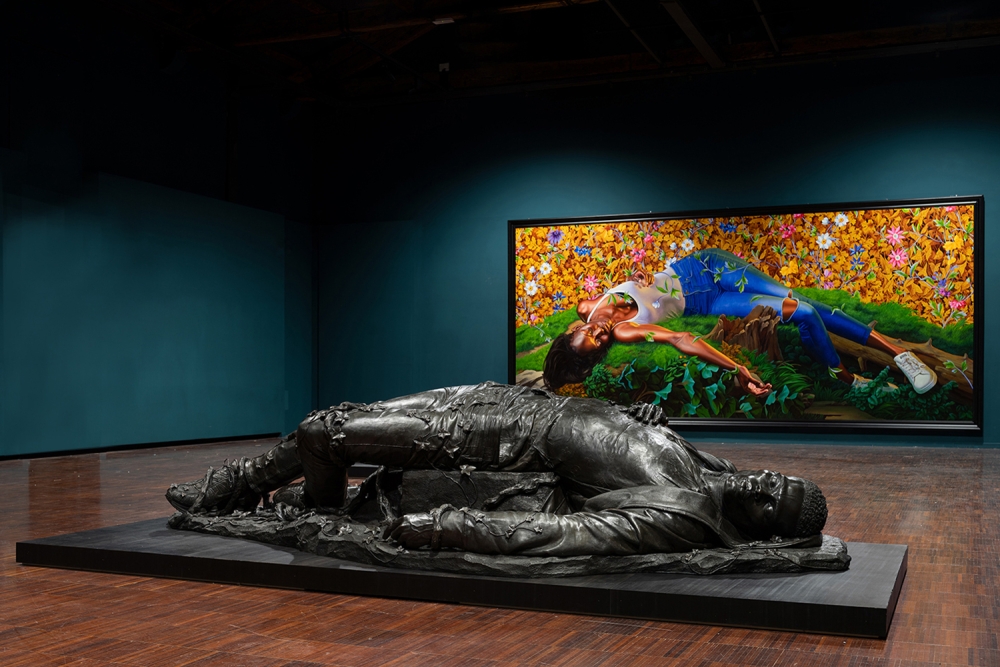 View of the exhibition at the Venice Biennale 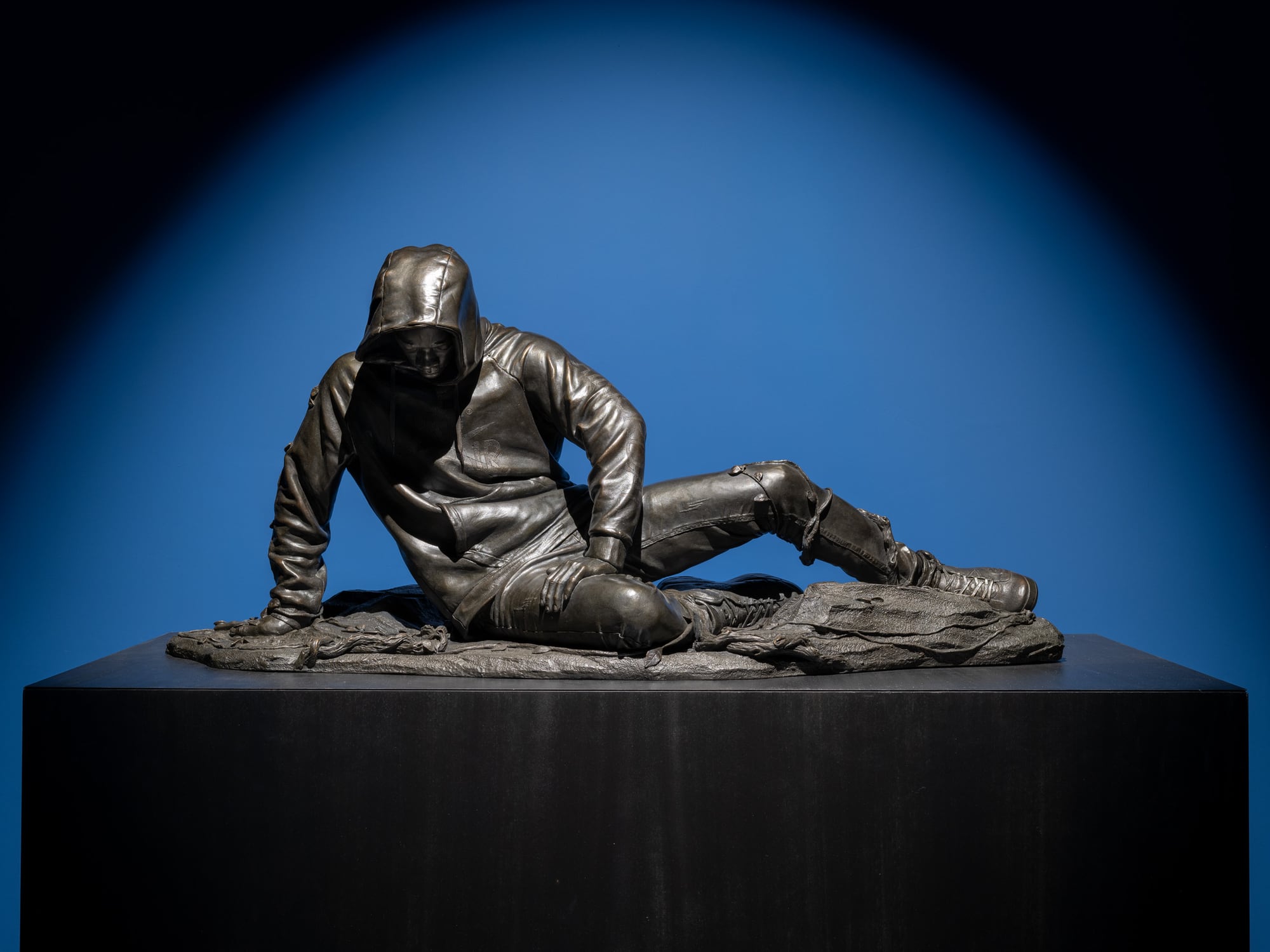 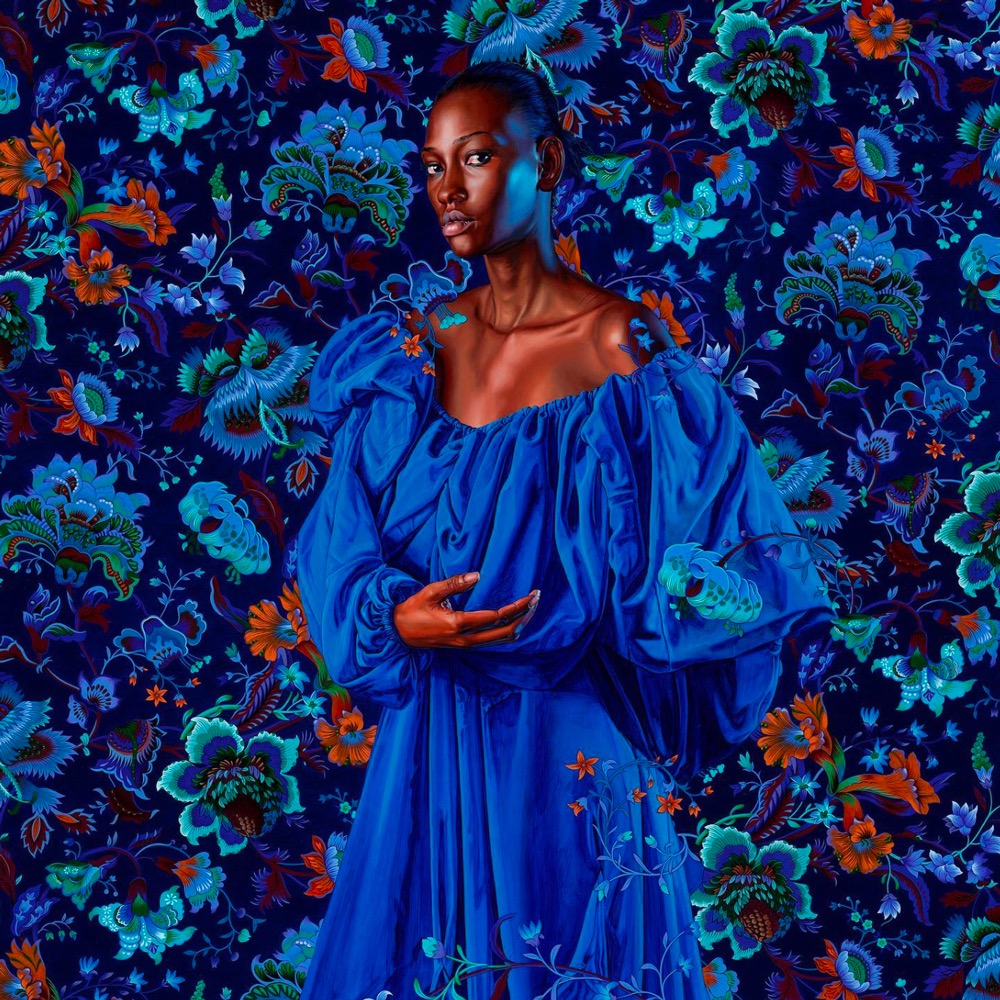 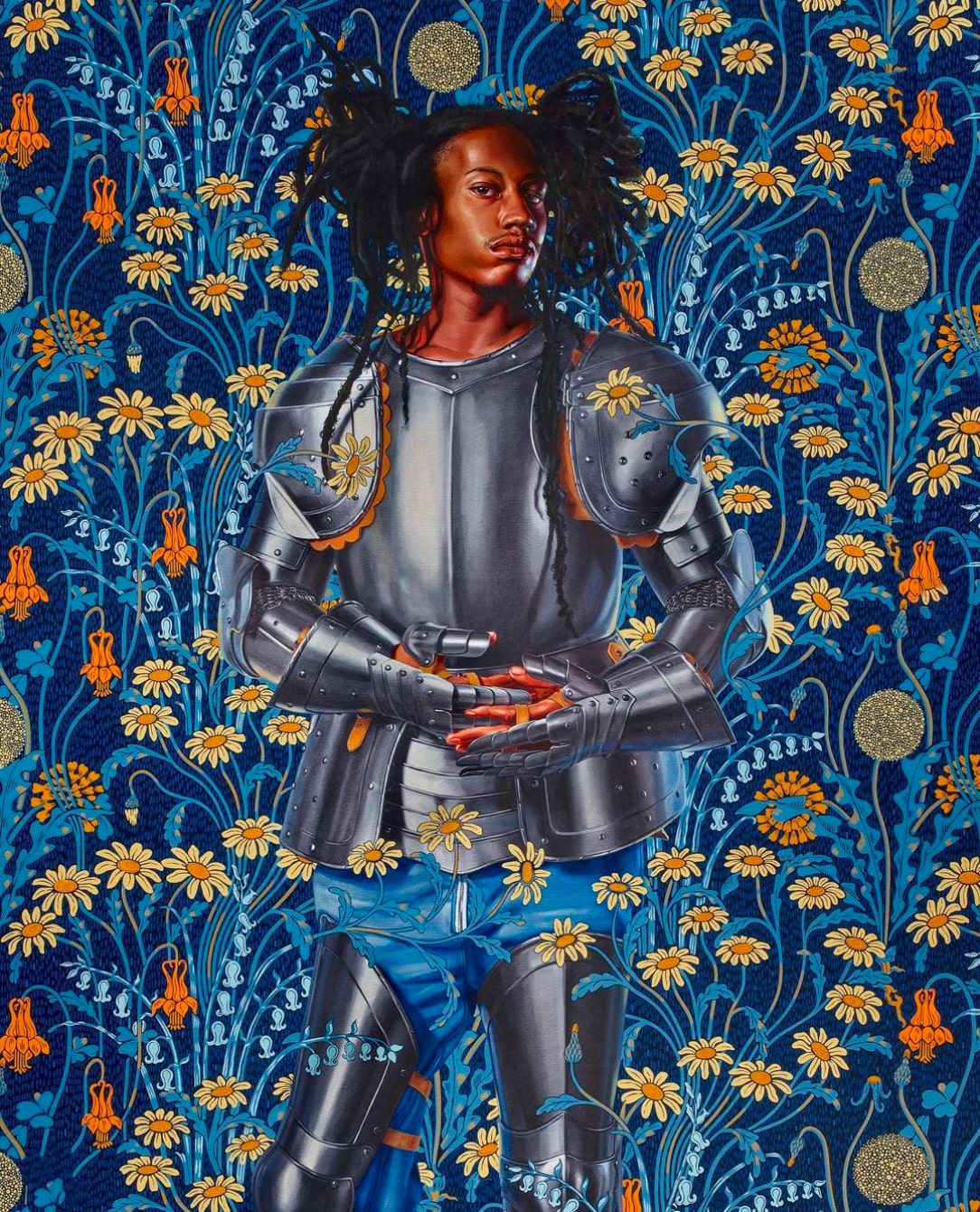 Kehinde Wiley is an American painter, after graduating from the San Francisco Art Institute with an MFA from Yale University,
he currently lives and works in New York. Wiley mixes references to classical painting and pop culture in his work. Very quickly, he soon developed an interest in portraits and murals
and was inspired by French Rococo painting, Islamic architecture, African textile design, contemporary fashion and hip hop. 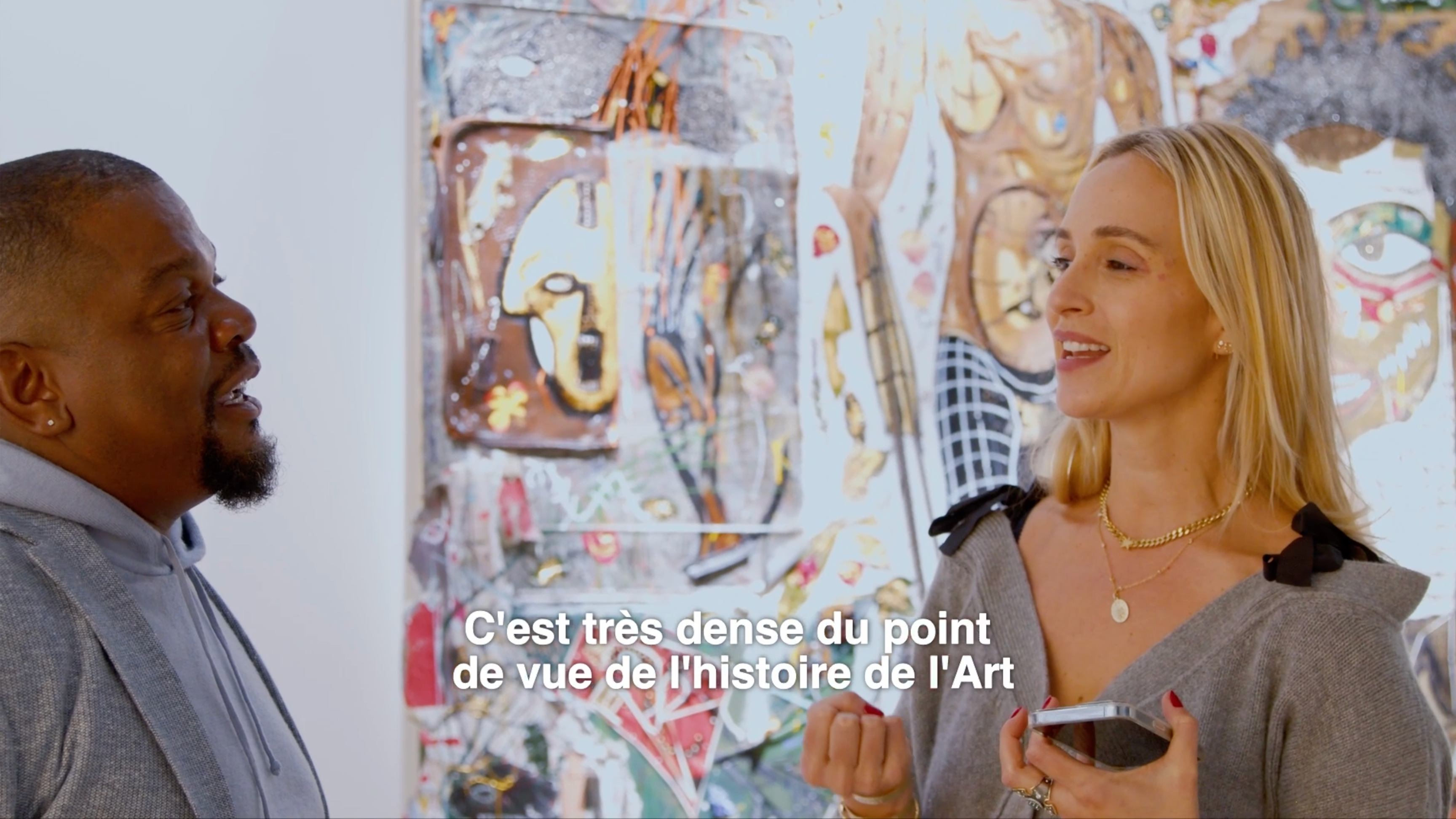 "On the canvas, the artist first tries his hand at imitation before launching into creation. As a good copyist's apprentice, with his eyes riveted on the great Western portraits of yesteryear, he carefully reproduced the precision and softness of the models, the depth of their eyes, the immaculate tint of their diaphanous skins and the ambiguity of their slight smiles, right down to the clothes they wore and the interiors in which they were, sumptuous symbols of their social status. But one point challenges him: mostly featuring white aristocrats from the Ancien Régime or the First Empire, these paintings alone are ostentatious signs of wealth, power and socio-economic freedom from which the American is far removed in every respect. Kehinde Wiley's desire to produce "personal and familiar" art led him to begin painting himself in these opulent settings, so long monopolized by the dominant white classes, before expanding his subjects to include his own social group. To recruit black and mixed-race men in his image, also from working-class neighborhoods, the street remained the best breeding ground. Slightly intimidated at first, he approached his neighbors in New Haven, Connecticut, where he lived for his studies, with the desire to involve them directly in the conception of his paintings: each one could confide in the young painter what his favorite works of art were, how he would like to be represented or the poses in which he felt most comfortable, all in order to establish an atmosphere of trust."

"The African-American artist resumes his exploration of the figure of the recumbent in an exhibition presented on the sidelines of the Venice Biennale, under the auspices of the Musée d'Orsay.
Kehinde Wiley does not skimp on the formats, the profusion or the theatricality. It is a massive exhibition that the African-American artist, famous for having made the official portrait of Barack Obama in 2018, proposes in the "off" part of the Venice Biennale.
Presented in the semi-darkness of a former monastery, this "Archaeology of Silence" reveals a new body of flamboyantly colored paintings and spectacular bronze sculptures. A procession of bodies of young black men and women, on the ground and with their eyes closed, whose death or sleep cannot be told, as if colonized by a luxuriant vegetation. The exhibition is curated by Christophe Leribault, president of the Musée d'Orsay, who had organized, in 2016, at the Petit Palais, the first exhibition of Kehinde Wiley in France."